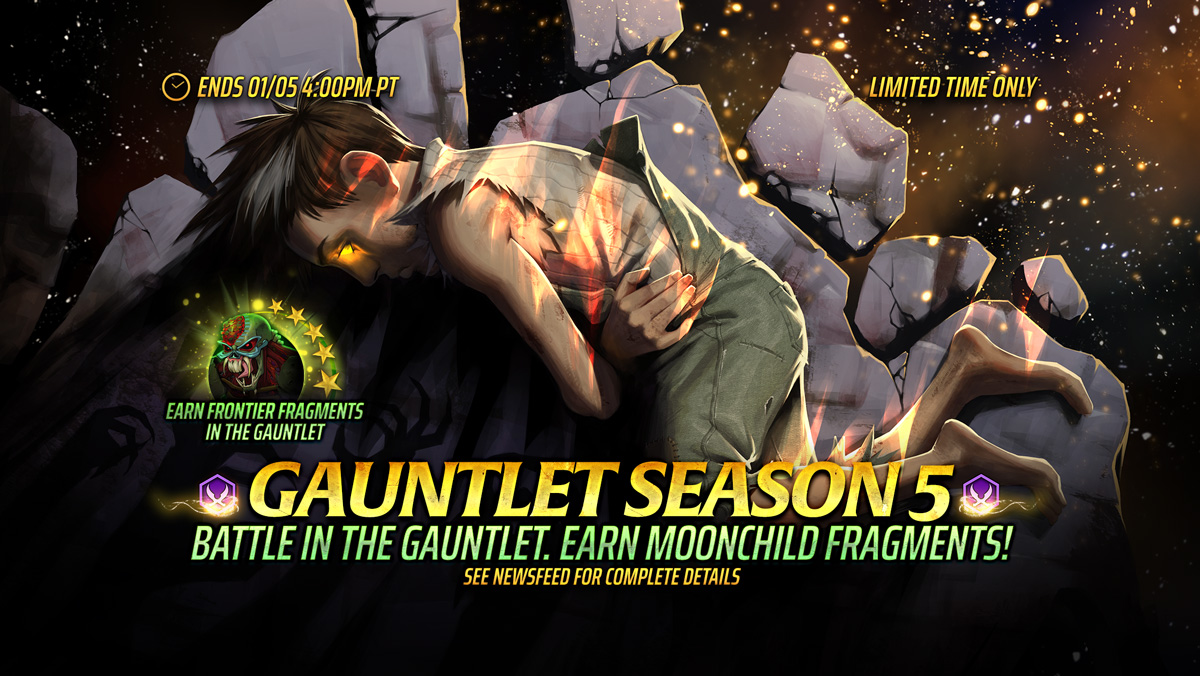 Earn Moonchild Soul Fragments and other Rare Rewards in the Gauntlet.

Our fifth Gauntlet season starts now and will run until January 5th at 4pm PT. Battle through 11 Grades of Gauntlet, each presenting unique challenges and rewards to earn a place on our Ranked Leaderboard. The Ranked Rewards for Season 5 will feature Moonchild, in addition to other rewards.

You will have 10 weeks (until the end of Season 5) to earn enough Moonchild Fragments from the Gauntlet to summon him, after that he will be much more difficult to obtain, as he won’t be featured in any other soul.

Moonchild is a 5 star Assassin hero-class ally with extremely potent skills. As a Seventh Son of a Seventh Son, the forces of light and dark war for Moonchild’s soul, manifesting in his immunity to both negative AND beneficial effects! He can also Doom opponents, remove all Golden Effect, as well as Cleanse and Heal his allies! Awaken Moonchild and see his manifesting powers grow to even greater heights!