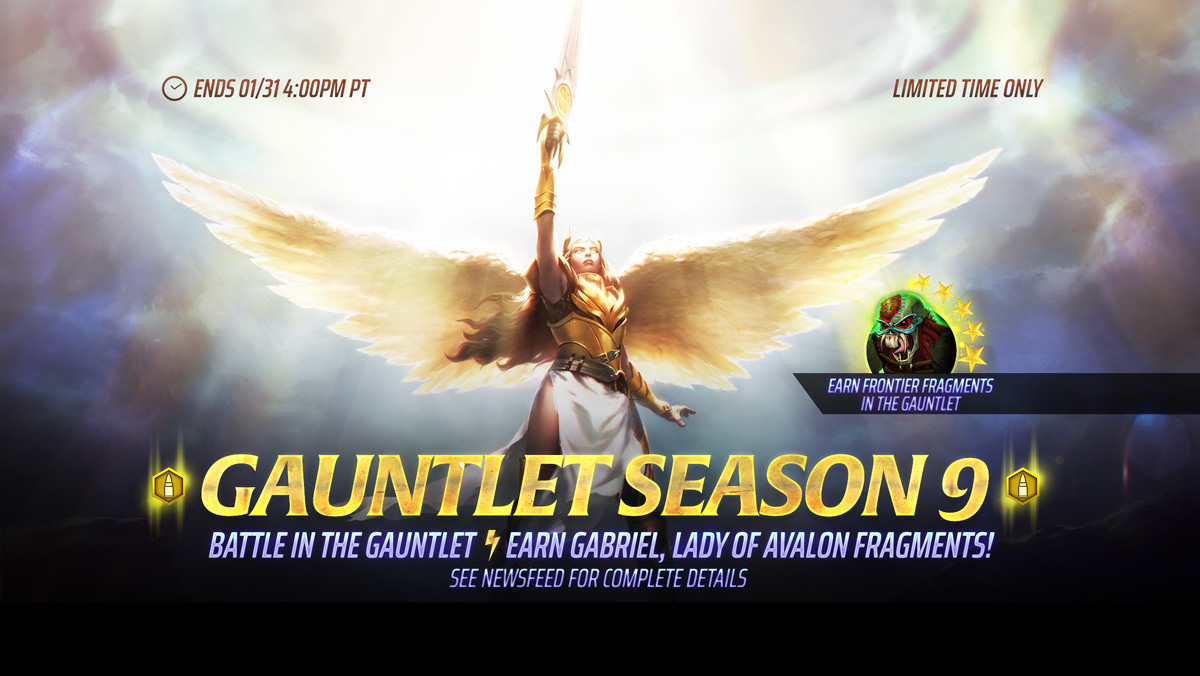 Earn Gabriel, Lady of Avalon Soul Fragments and other Rare Rewards in the Gauntlet.

Our ninth Gauntlet season starts now and will run until January 31st at 4pm PT. Battle through 11 Grades of Gauntlet, each presenting unique challenges and rewards to earn a place on our Ranked Leaderboard. The Ranked Rewards for Season 9 will feature Gabriel, Lady of Avalon Fragments, in addition to other rewards.

You will have 10 weeks (until the end of Season 9) to earn enough Gabriel Fragments from the Gauntlet to summon her, after that he will be much more difficult to obtain, as she won’t be featured in any other soul.

Archangel Gabriel. Lady of Avalon. Keeper of the Sword Excalibur. She goes by many titles, and now you may refer to her as your ally. This 5 star Gunner hero-class ally is the very first Avalon themed character to be released, with even more coming in early 2021.

Bear witness to this angelic ally as she cuts through the corruption that plagues Avalon. Heed the Call of Avalon and become Exalted, empowering Gabriel to deal tremendous damage while supporting her allies with incredible healing and protective capabilities.