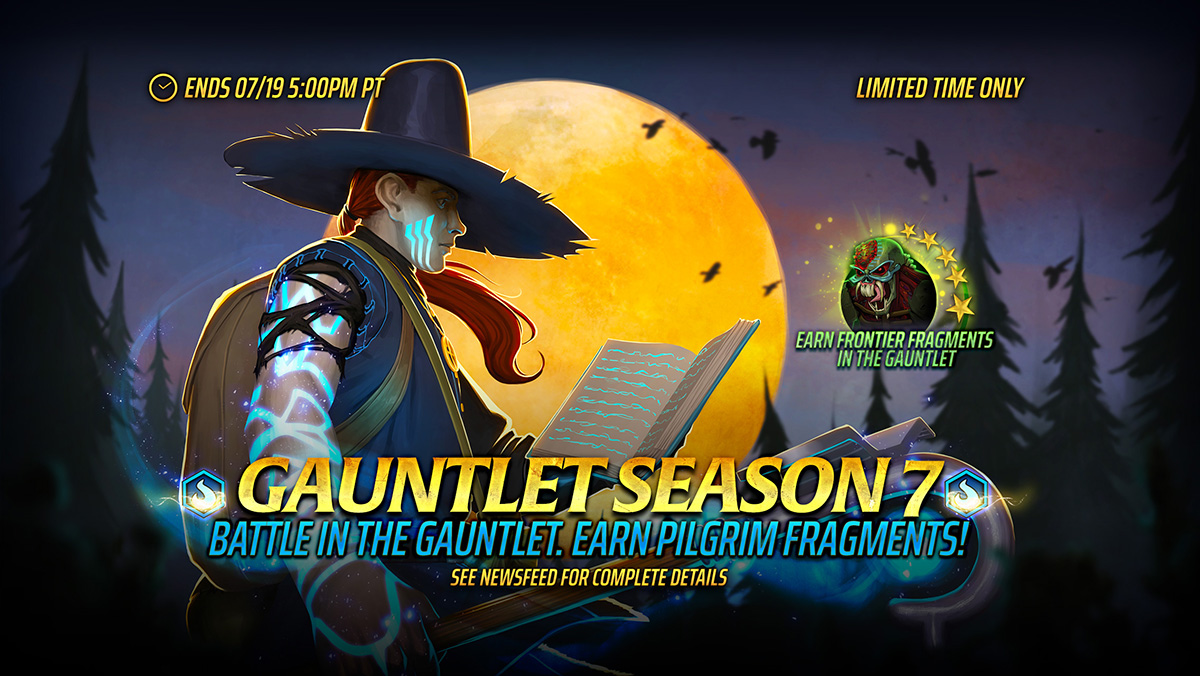 10 May Gauntlet Season Seven – Win Battles in the Gauntlet to earn Pilgrim Fragments!

Earn Pilgrim Soul Fragments and other Rare Rewards in the Gauntlet.

Our seventh Gauntlet season starts now and will run until July 19th at 5pm PT. Battle through 11 Grades of Gauntlet, each presenting unique challenges and rewards to earn a place on our Ranked Leaderboard. The Ranked Rewards for Season 7 will feature Pilgrim Fragments, in addition to other rewards.

You will have 10 weeks (until the end of Season 7) to earn enough Pilgrim Fragments from the Gauntlet to summon him, after that he will be much more difficult to obtain, as he won’t be featured in any other soul.

The Pilgrim is a 5 star Magus hero-class ally with extremely potent skills. The Pilgrim carries the burden of his mystical tome, which manifests its power upon his flesh. Having spent decades collecting knowledge on his enemies, he excels at dealing MAX HP damage, and disabling or removing effects from his foes in battle.

His power ability, ‘Gracious Will’, deals true damage to a single target equal to 100% of their MAX HP. It also removes all beneficial effects and disables Starfire, Trooper, and Labyrinth Talismans before dealing damage to the target. Additionally it removes all negative effects from each ally and grants 1 stack of HP Regen for 2 turns for each effect removed.

You can learn more about The Pilgrim in the Compendium.