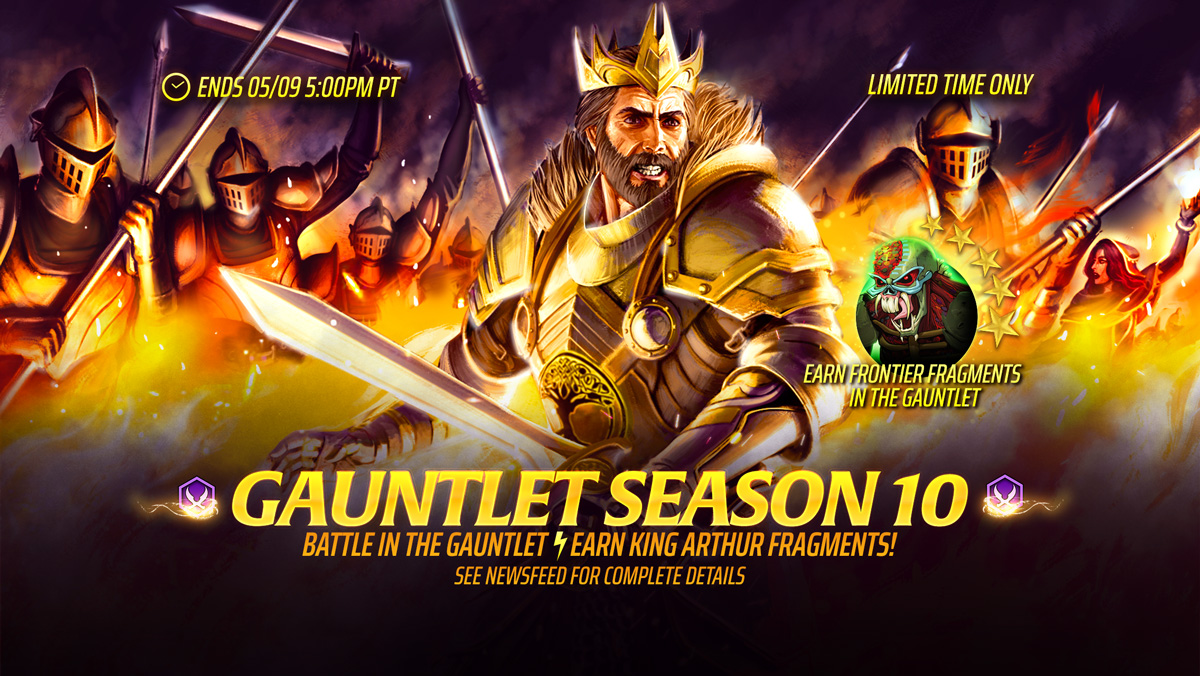 Earn King Arthur Soul Fragments and other Rare Rewards in the Gauntlet.

Our tenth Gauntlet season starts now and will run until May 9th at 5pm PT. Battle through 11 Grades of Gauntlet, each presenting unique challenges and rewards to earn a place on our Ranked Leaderboard. The Ranked Rewards for Season 10 will feature King Arthur Fragments, in addition to other rewards.

You will have 10 weeks (until the end of Season 10) to earn enough King Arthur Fragments from the Gauntlet to summon him, after that he will be much more difficult to obtain, as he won’t be featured in any other soul.

King Arthur, Ruler of Avalon! This 5 star Assassin hero-class ally wields his righteous Blade to guard his homeland from Fomorian invaders. He strikes down enemies with multiple hits of True Damage, and calls upon the MIGHT of Avalon to deal additional damage and inflict enemies with an array of negative effects.