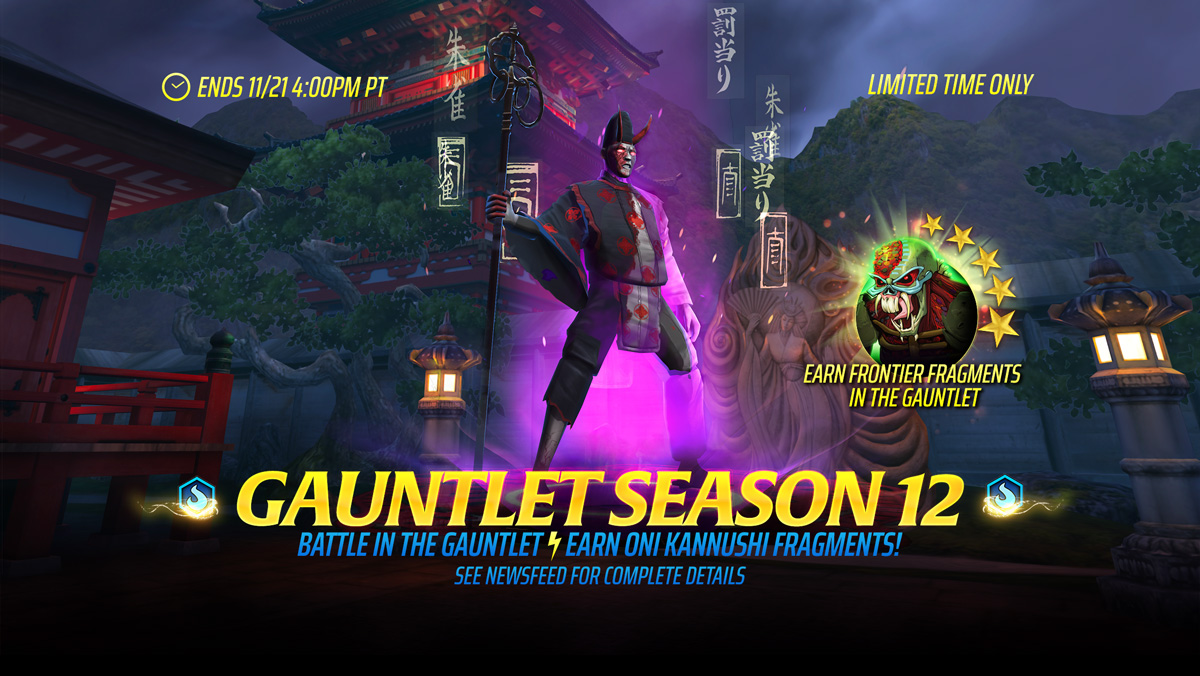 Earn Oni Kannushi Soul Fragments and other Rare Rewards in the Gauntlet.

Our Twelfth Gauntlet season starts now and will run until November 21st at 4:00 pm PT. Battle through 11 Grades of Gauntlet, each presenting unique challenges and rewards to earn a place on our Ranked Leaderboard. The Ranked Rewards for Season 12 will feature Oni Kannushi Fragments, in addition to other rewards.

You will have 10 weeks (until the end of Season 12) to earn enough Oni Kannushi Fragments from the Gauntlet to summon him, after that he will be much more difficult to obtain, as he won’t be featured in any other soul.

The radiance lost
Betrayer of the Kami
Damnation of soul

The Oni Kannushi is a 5 star Magus hero-class ally who was once a devotee of Amaterasu. Allured by strength and darkness, the Kannushi adopted the power of the Oni- a corrupting force which turned a once sun-praising man into an empty, soulless shell of his former self.

The Oni Kannushi serves to punish enemy teams using Ghost and Dark Ghost, or pair with allies that may do the same. With his dark arcana, the Kannushi can easily kill enemies with these effects, or even prevent his foes from ever receiving the touch of sun again- preventing all Golden effects from being applied on them for the duration of the battle.