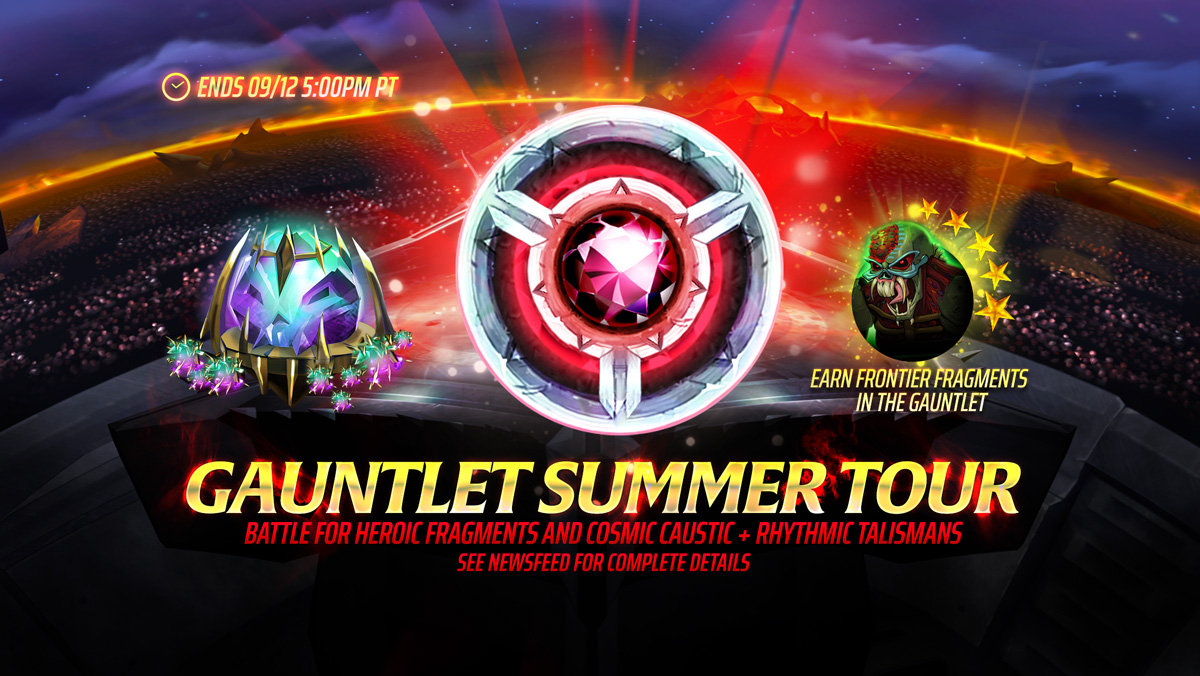 The Summer Tour starts now and will run until September 12th 5pm PT. Battle through 11 Grades of Gauntlet, each presenting unique challenges and rewards to earn a place on our Ranked Leaderboard. The Ranked Rewards for this Special Tour will feature Heroic Mythical Soul Fragments, and Gauntlet Summer Tour Currency.

This currency can be traded in store for various rewards including Cosmic Caustic Talismans and Cosmic Rhythmic Talismans!

Note: At the end of this event, any unspent Currency will be automatically converted into Heroic Soul Fragments at a 10% rate.