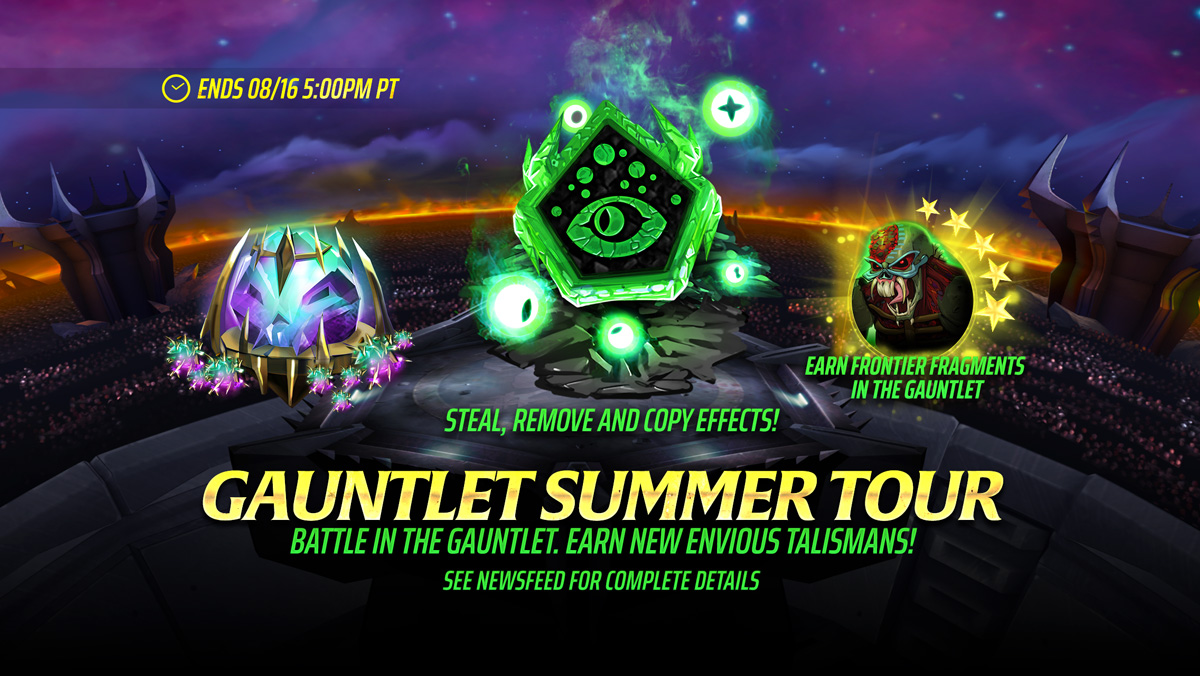 The Summer Tour starts now and will run until August 16th, 5pm PT. Battle through 11 Grades of Gauntlet, each presenting unique challenges and rewards to earn a place on our Ranked Leaderboard. The Ranked Rewards for this Special Tour will feature Heroic Mythical Soul Fragments, and our latest 5-set talisman – ENVIOUS TALISMANS.

Envious Talismans are green talismans with a 5 set effect that is not available anywhere else! Equip them to make the wearer: