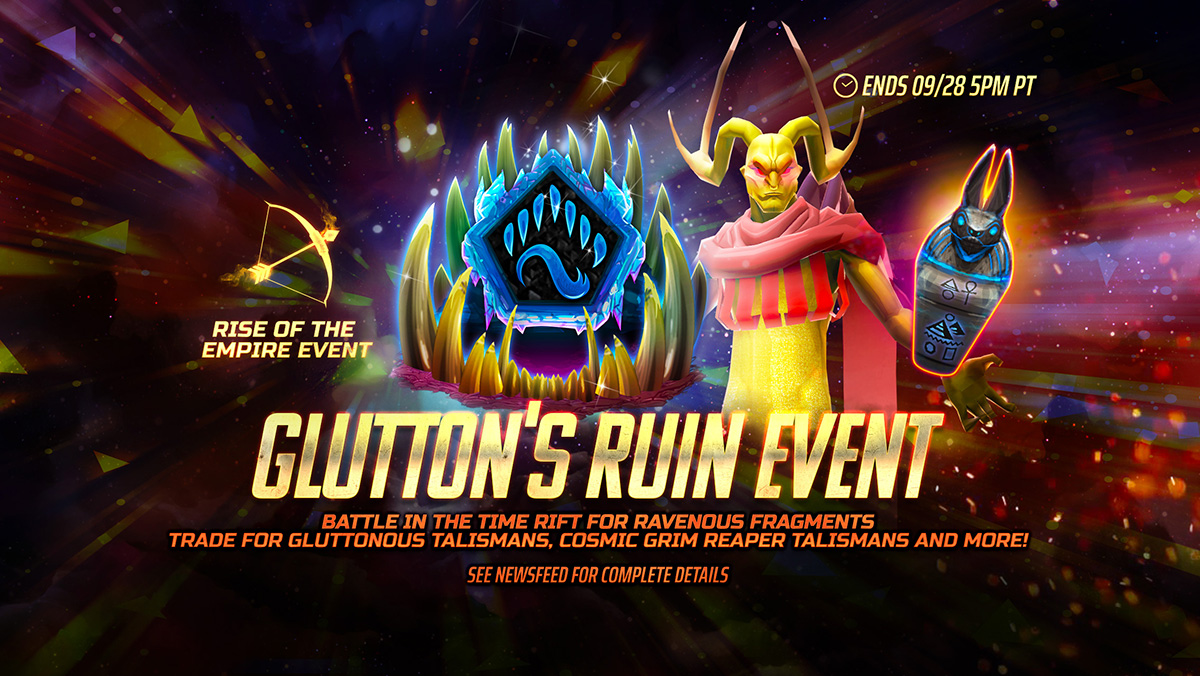 From now until September 28th at 5PM PDT, battle in the Lord of Light (I-X) and Brave New World Dungeons for a chance at receiving Ravenous Fragments, and select Frontier Dungeons for guaranteed drops!

Ravenous Fragments can be traded in the Store for valuable items such as Gold, Sentinel Souls and Cosmic Talismans for Grim Reaper Eddie, as well as Viking and Viking Invader Eddie. They can also be used to secure new Gluttonous Talismans. Gluttonous Talismans are blue talismans with a 5-set effect not available anywhere else. Equip them for the following benefits:

Immune to Stop and Heal Block effects, including Silver and Innate effects. Each ally and enemy takes 300% Increased Damage for 1 turn if Crave effects, including Silver and Innate effects are active on them at the start of battle and at the start of your turn. 25% Chance to Permanently Increase All Stats, including Max HP, on self by +25% when you are healed. 75% Chance to gain an Extra Turn if healed while at 50% HP or below. Heal all allies for 25% of your MAX HP and inflict Crave or Perfect Crave on each enemy for the duration of battle after every action.