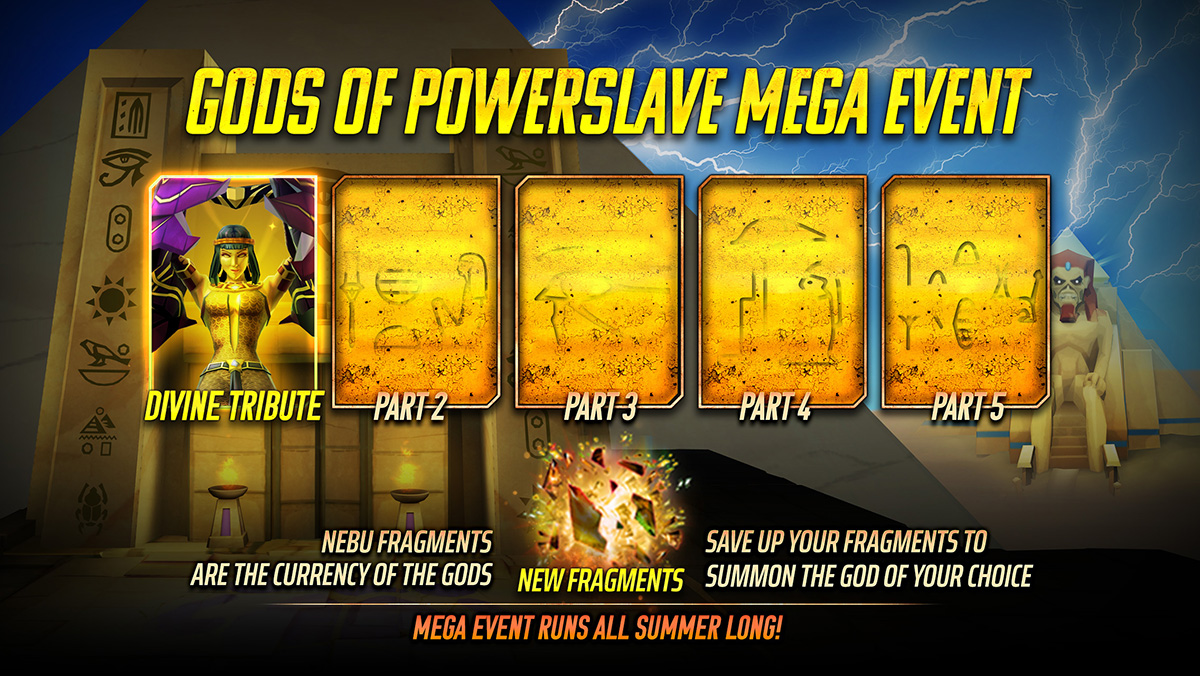 The Gods can be earned in one of three ways:

Each God will debut with an Event Soul that is the only soul with randomized rewards they can be earned from. In addition, this soul will also only be available for the event that God debuts in.

For example, Goddess Aset is only available from the Nile Soul, which can only be earned during the Divine Tribute event.

Each god can also be earned by spending Nebu Fragments. These fragments are earned in one of two ways:

Once you accumulate 500 Nebu Fragments, you’ll have enough to purchase any available God of Powerslave from the Store.

Each God will be added to the store once it debuts in its own event. However, the option to purchase a God with Nebu Fragments (and the ability to earn more Nebu Fragments) will end after the fifth and final Gods of Powerslave event.

Once the Gods of Powerslave Mega-Event concludes, all 5 Gods will be available for individual purchase for Frontier Coins (they will NOT be added to Souls). We will make it very clear when the “last call” for earning the Gods via the other methods is, and thus when the option for purchasing with Frontier Coins will begin.

The price is not yet determined, but is likely to be more expensive than most characters that are currently available to be purchased for Frontier Coins.

For example, if after the end of the fifth Gods of Powerslave event you’re missing 3 of the 5 Gods, you’ll be able to slowly build up your Frontier Coins from opening Trooper, Eternity and Lilith Souls, as well as from events, and then use those coins to purchase a missing God of Powerslave.

Battle in the Gods of Powerslave Mega-Event TODAY: http://m.onelink.me/49d39710