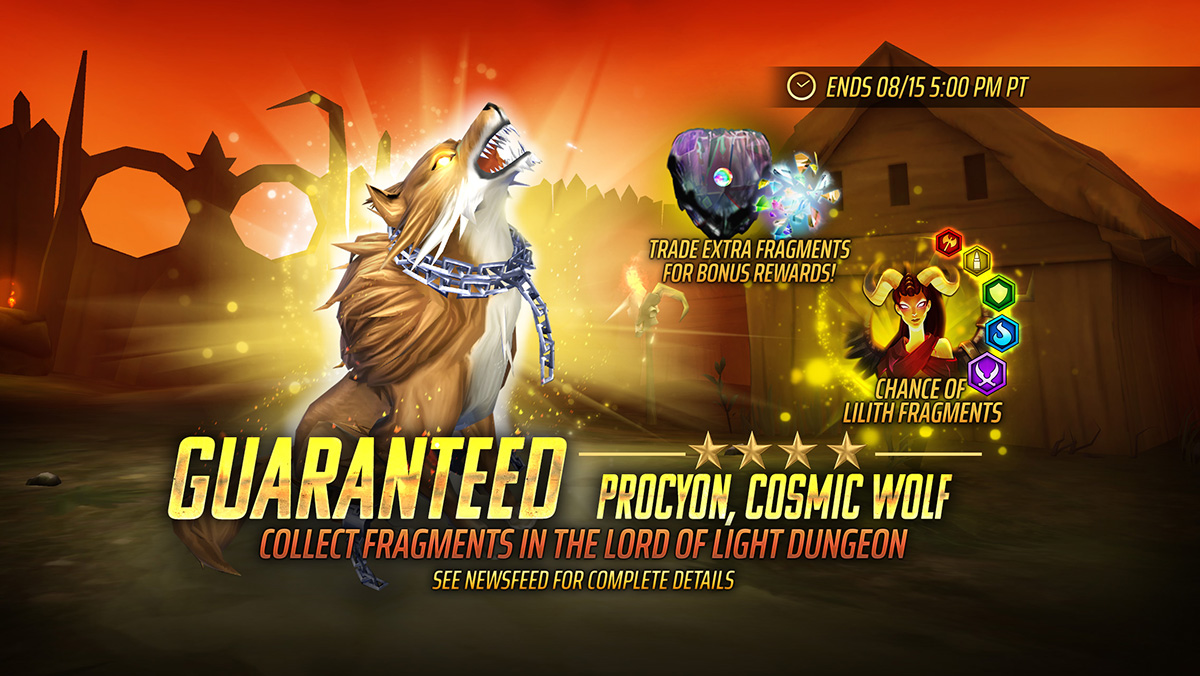 Conquer the Lord of Light to earn Procyon AND Lilith Soul Fragments!

Earn Procyon the Cosmic Wolf in the Lord of Light Dungeons from August 12th to August 15th at 5pm PT!

Each Lord of Light battle has a chance of dropping 5, 10 or if you’re lucky, 50 fragments! Collect 200 Fragments and you can redeem them in the Book of Souls’ Fragments screen for your very own 4⭐Gunner Procyon, Cosmic Wolf.

This loyal single target attacker can Steal 1 Power per hit while not waking enemies affected by Sleep or Perfect Sleep. Procyon can also passively Cleanse all allies, grant a Random Offensive Effect, and has a 50% Chance to Cleanse Negative Effects from self and Heal when he takes damage!

We’ve placed a free pack of 10 Procyon Fragments in the Store to get you started!

🎉Collect Lilith Soul Fragments! These special Fragments have a chance of dropping from all floors of the Lord of Light dungeons during this week’s Procyon, Cosmic Wolf event!

Lilith Soul Fragments are a recurring fragment that is periodically featured in events. You may need to collect these fragments over multiple events in order to have enough to redeem a soul.