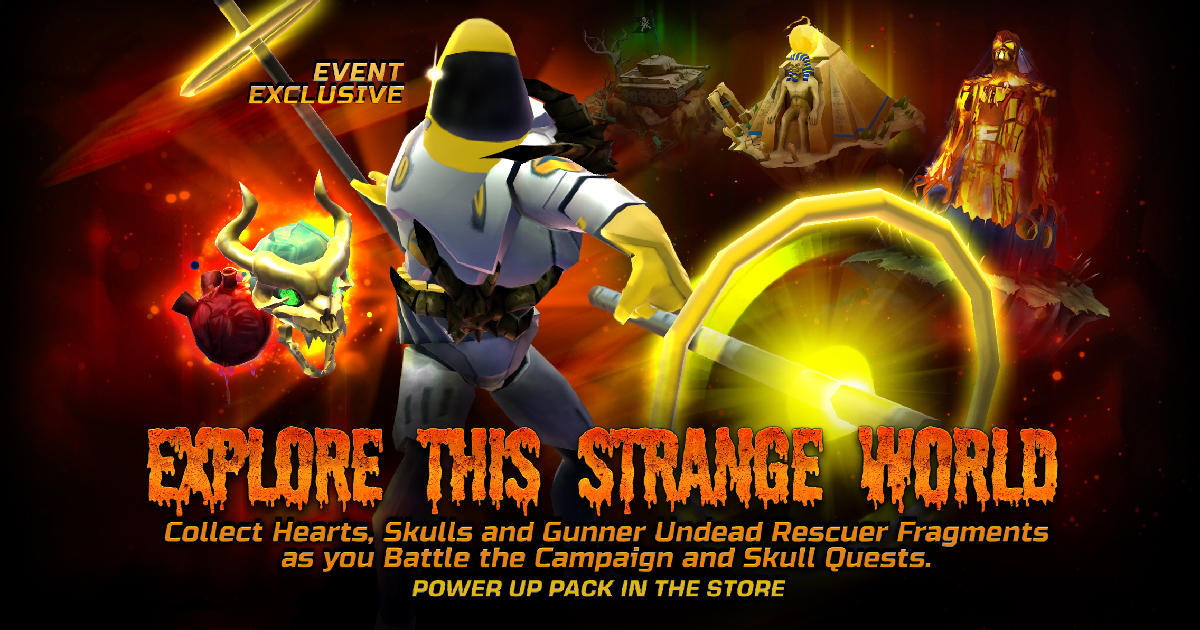 Earn heaps of Gold plus a brand new character!

From September 30th, 5 PM PT to October 7th, 5 PM PT, fragments of certain souls have become available throughout Legacy of the Beast, including new fragments to earn an event exclusive Gunner Undead Rescuer!

During this event, Precious Soul Fragments have a chance of dropping in all 4 Cosmos Worlds and Skull Quests (Ailing Kingdom, Kingdom of the Sands, Battlefield, and Underworld). 50 Precious Fragments = 1 Precious Soul which grants either a Golden Skull Idol or Sacrificial Heart. Sell your Golden Skulls to earn GOLD!

💰Use your newly acquired gold to take advantage of a variety of limited time deals available for gold in the Resource Store! Items include Ironite, Skill Shards, the all-new Legendary Class Souls and Gunner Rescuer Soul Fragments!

Gunner Rescuer Soul Fragments also have a chance of dropping in Skull Quests. Collect 500 of these Fragments & claim a Soul guaranteed to produce a 4⭐Gunner Undead Rescuer.

The Gunner Undead Rescuer is a random damage attacker whose passive automatically heals and cleanses allies if Stunned, Taunted, or Frozen.

Gain the upper head in battle! This Gunner also steals Power and Fury, and can inflict Heal Block, Blind and/or Crave while granting allies Regen HP, Accuracy Up, and/or Counterstrike.

⚠️This character is NOT available in any other Souls, so if you miss the opportunity to summon the Gunner Undead Rescuer, it may be a very long time until you get another chance!