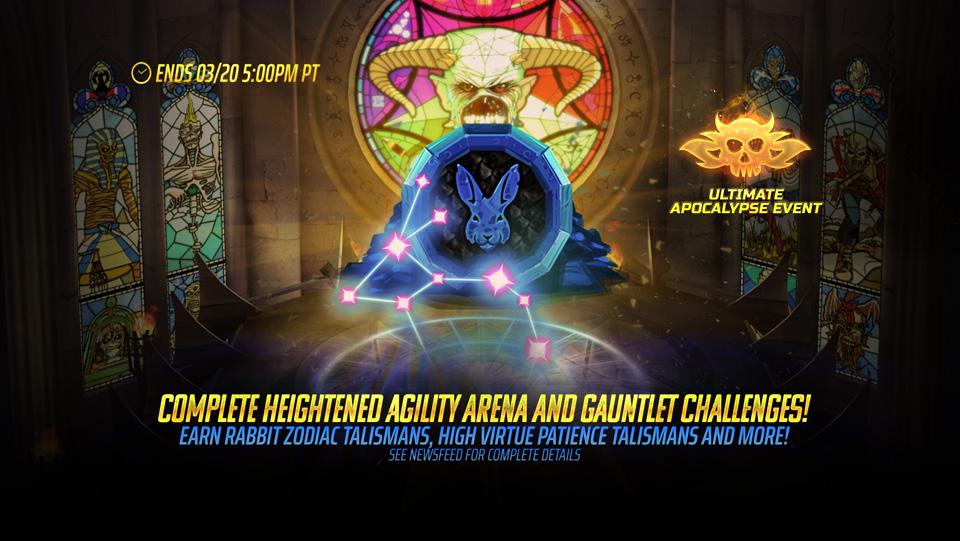 The Zodiac Rabbit Talisman in a blue talisman with a 2-set effect. Equip them to gain the following effect:

Grant Immunity to all allies for 2 turns at the start of battle. 50% Chance to cleanse, heal, or revive a random ally whenever you take damage.

50% Chance to take no damage, remove all immunity and vanish effects including their golden version, inflict Passive or Perfect Disable on attacking enemies for 2 turns.

Chaos Orbs is the event currency of our Ultimate Apocalypse event running until March 31st.

Trade your Chaos Orbs in the Event Store for rare rewards including Demon Prince Asmodeus, Cosmic Mask Talismans and more!