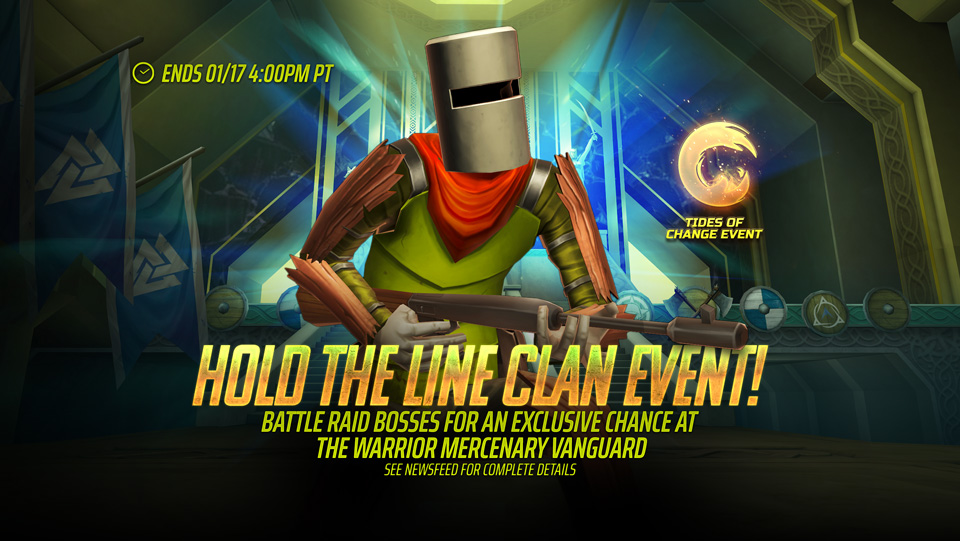 BONUS: Battling against Raid Bosses will give a guaranteed reward of Explosive Orbs. These Orbs will typically drop in amounts of 50 or 100, but if you’re really lucky you could earn 150 or 200 Explosive Orbs from one battle!

Explosive Orbs are the event currency for Hold the Line. They can be traded in store for Hired Gun Souls, Talisman Evo Materials and the Mercenary Vanguard himself!