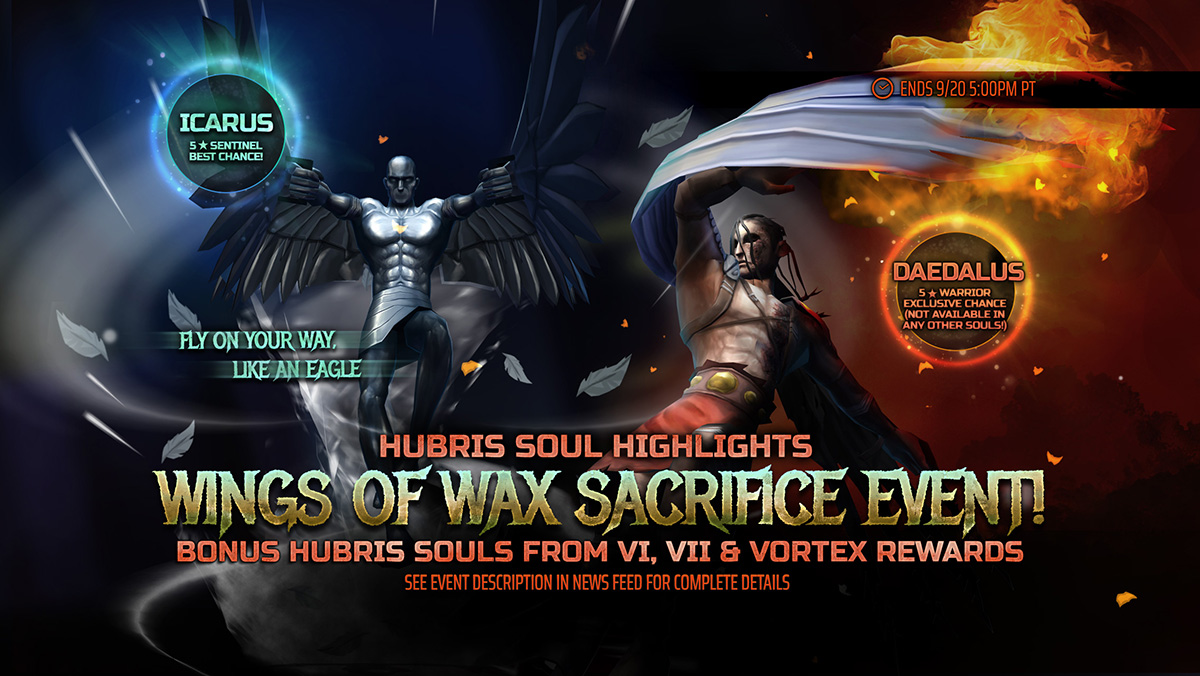 Earn Icarus and Daedalus from Sacrifice!

Singed by the hubris of mankind, Daedalus and Icarus descend from the heavens to join the cast of Legacy of the Beast!

Earn Hubris Souls for a chance of summoning:

Hubris Souls are available in packs of 1, 3 or 10 from the LOTB Specials Store. They can also be earned through Sacrifice!

From September 13th to September 20th at 5pm PT, all Tier VI, and Tier VII Sacrifices, plus Vortex Rewards will be GUARANTEED to grant you with a bonus of Hubris Souls, in addition to normal sacrifice rewards.

Meet the requirements to earn up to 300 Heroic Soul Fragments! Collect these fragments from this and other events to get souls that have a special, rotating list of available characters!