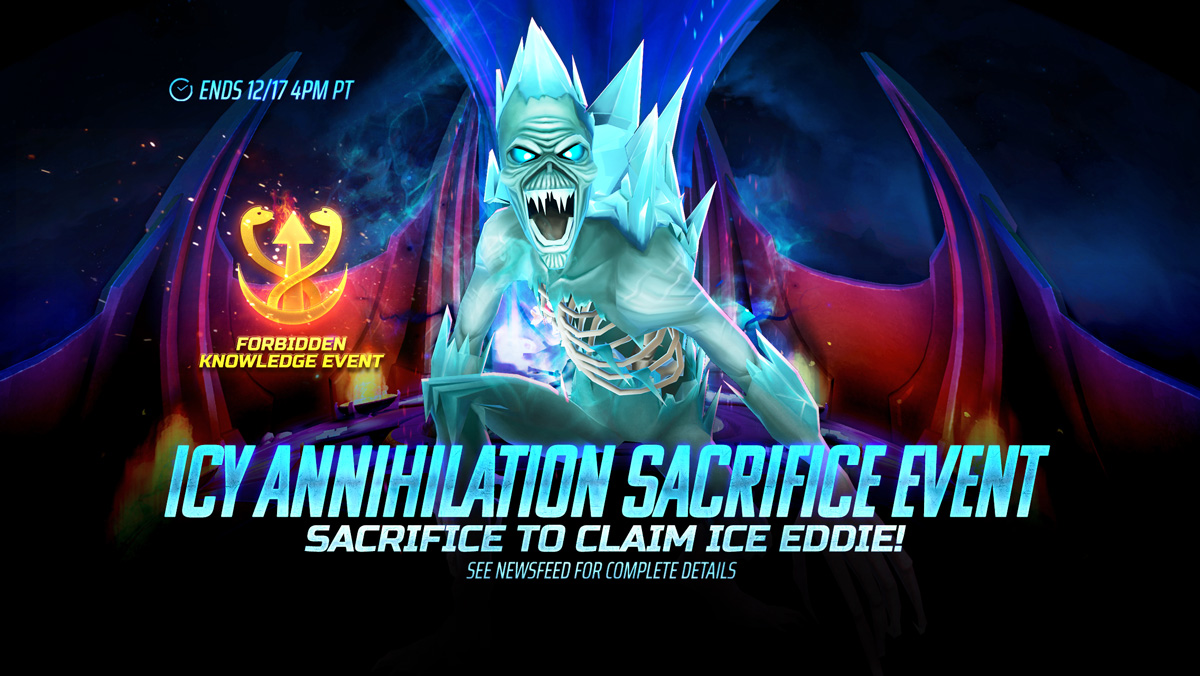 Posted at 16:32h in Blog, News by Cruz Rodriguez

Ice to meet you!

Freeze enemies in their tracks with Ice Eddie! This 5* Magus Freezes enemies and protects himself with Blizzard and Snow Shields. He also comes equipped with a Passive that prevents enemies from reviving and a Fury that inflicts Perfect Freeze and permanently decreases MR by 100%.

From now until December 17th at 4PM PT, earn bonuses from each tier of Sacrifice, in addition to normal sacrifice rewards.

At the end of this event, any unspent event currency will be automatically converted into Alchemist Soul Fragments at a 1% rate.

Complete Challenges to earn a variety of rewards including various Awakening Shards, Warrior Child of the Damned Fragments and Equilibrium Fragments.

You can learn more about this featured event in the Forbidden Knowledge event post!

Trade extra Alchemist Fragments, Rare or Common Souls for additional rewards! You can see the full list of items in the Event Store!