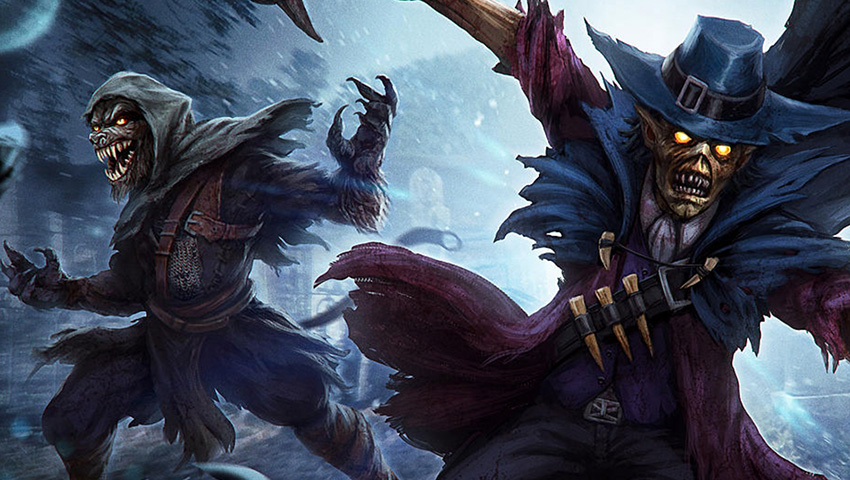 Posted at 09:14h in Press by Cruz Rodriguez

Iron Maiden’s Legacy Of The Beast free-to-play mobile game is at it again bringing you the second in-game collaboration of 2022, this time with German heavy metal band Powerwolf who will share the stage with Iron Maiden for two shows in Germany this July!

The new limited-time, in-game event called, Macht Der Wölfe (German for Power Of The Wolf) features a limited-time character, Vârcolac. In this new storyline, Vârcolac and Van Helsing Eddie cross paths in the catacombs of Dracula’s Dungeon. Vârcolac has just escaped Professor Parabiosis, an evil doctor wanting to conduct experiments on him because of his extraordinary powers. He asks Van Helsing Eddie to join him in defeating the evil doctor. Van Helsing Eddie soon realizes that Vârcolac is fighting his own internal struggle between good and evil and they soon realize the professor has a more sinister plan in mind than just a mere dissection.