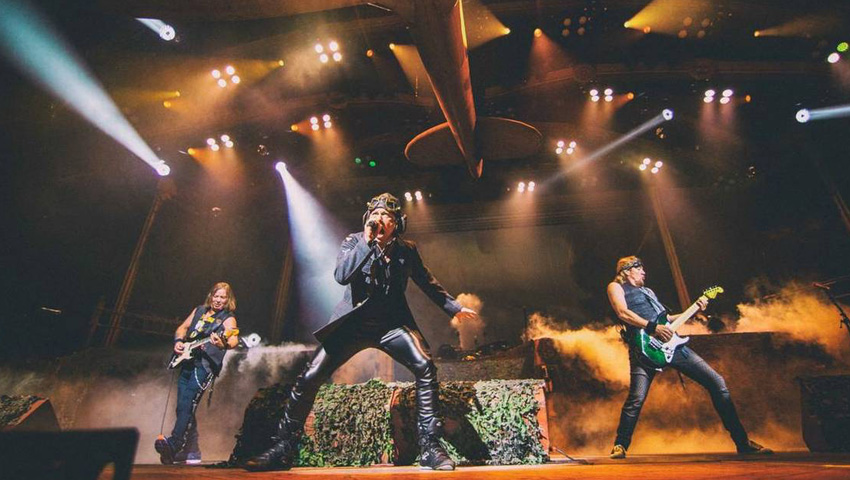 27 Oct Iron Maiden outdoes itself with a fantastical, game-inspired live tour through its catalog

Posted at 13:54h in Press by Cruz Rodriguez

Its entire output intertwines fantasy, history and literature with imagery of its time- and space-trotting skeletal mascot Eddie. The group’s online phone game — “Legacy of the Beast,” which gives its current tour its title — makes use of these worlds; and with no new album to promote, the game literally set the stage for its biggest stage production yet.

After a set by opener Raven’s Age (Maiden founder Steve Harris’s son George’s band), the headliner took to the stage in grand fashion Monday at PNC Music Pavilion: Frontman Bruce Dickinson sang “Aces High” in an aviator hat and goggles (a version of which was available at the merch booth) as a near-life-size replica of a British World War II Spitfire plane hovered above the stage…