Roadhouse was officially the epicenter of awesome in Vancouver April 9th as Iron Maiden descended upon the studio and electrified the building with their presence. 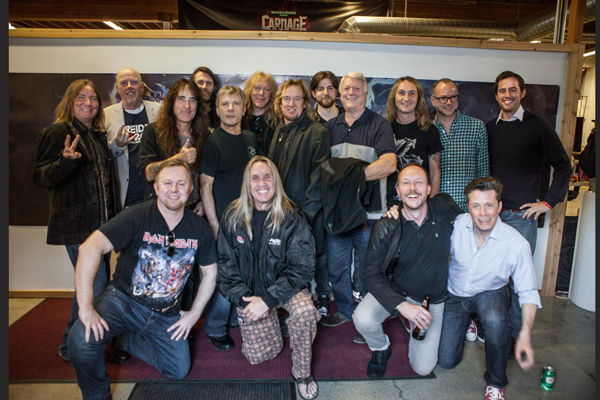 The fridge was stocked with Trooper beer in preparation and staff waited in excitement for the big arrival.

After the band made their entrance, the Legacy of the Beast team took them on a guided tour of the Legacy of the Beast workspace. Our artists were proud to show off their work, and display the legions of incredible characters and environments they’ve created. Game Director Hamish Millar was also there to walk band members through the most recent version of the game, and our plans for the upcoming game launch. 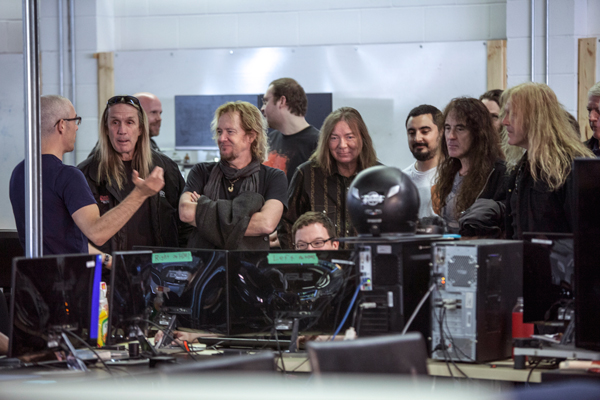 After the tour, Roadhouse CEO, James Hursthouse, made a Trooper Toast to the crowd, and reflected on the journey that led them all there today. James proudly noted that having all six band members, along with some of the Killer Crew and management visit Roadhouse was both a personal and professional highlight for a lifelong fan like him. To cap it off, as a show of appreciation, he presented manager Rod Smallwood with a team-signed Legacy of the Beast giclée poster. 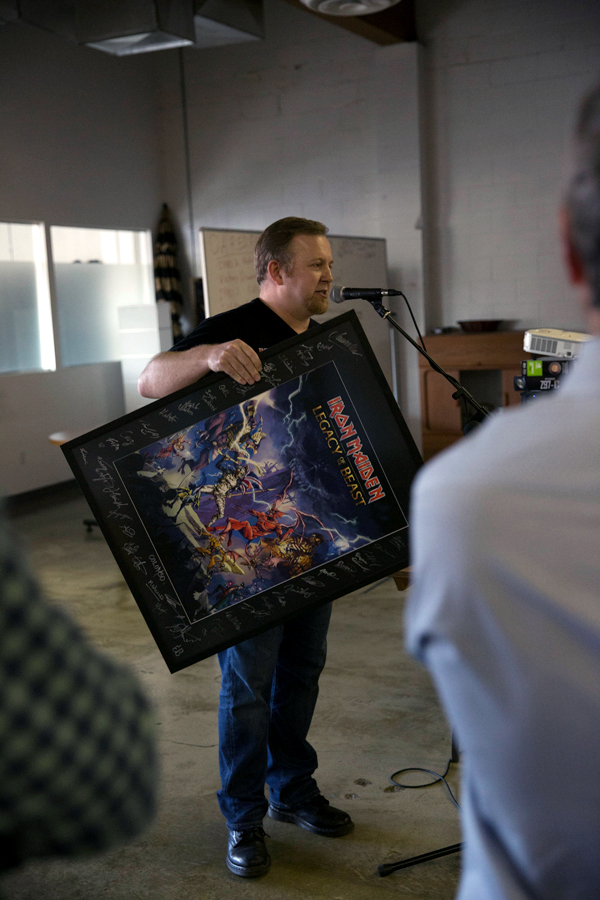 Hon. Amrik Virk, BC’s Minister of Technology, Innovation and Citizens’ Services, was also kind enough to drop by the studio with his family, to congratulate Roadhouse on its ongoing growth and success in working with world-renowned partners such as Iron Maiden. 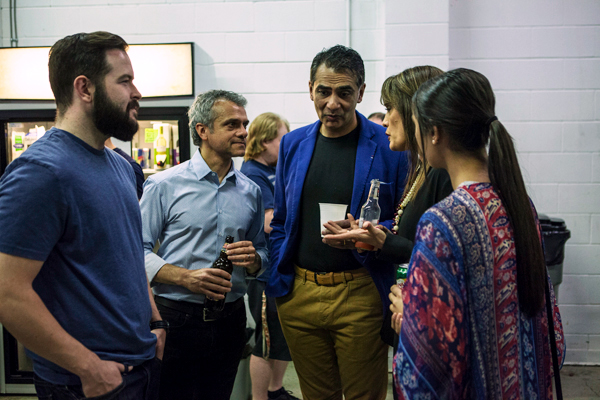 Of course it wasn’t all business! After the big speech, more Trooper beer was handed out as staff mingled and chatted with the band. 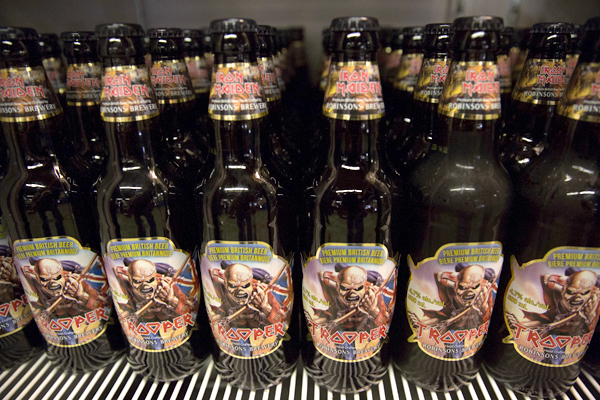 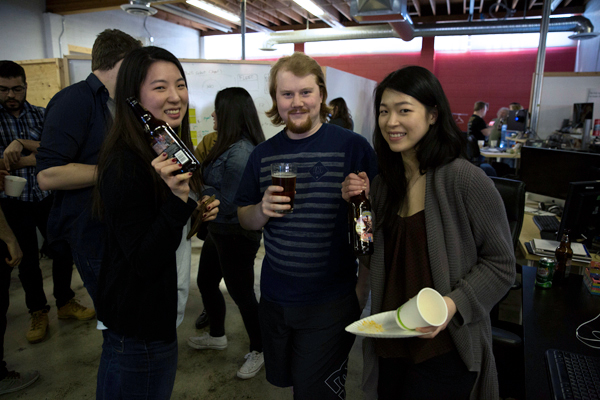 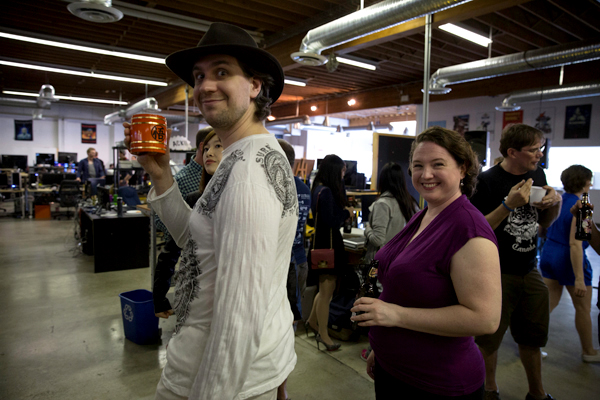 Our Roadhouse VR team was out in force and set up two VR stations for the band members to test out some of the other incredible projects our studio is working on.

This was definitely the visit of a lifetime, and we couldn’t have been more honoured to host the band for this special event. 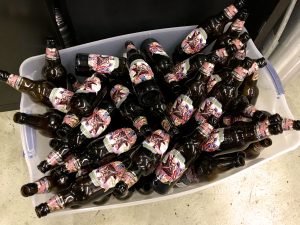 Want to read James’s perspective of the big day? Check out our Founders Forum! Every Founders Pack comes complete with forum access and EXCLUSIVE articles.