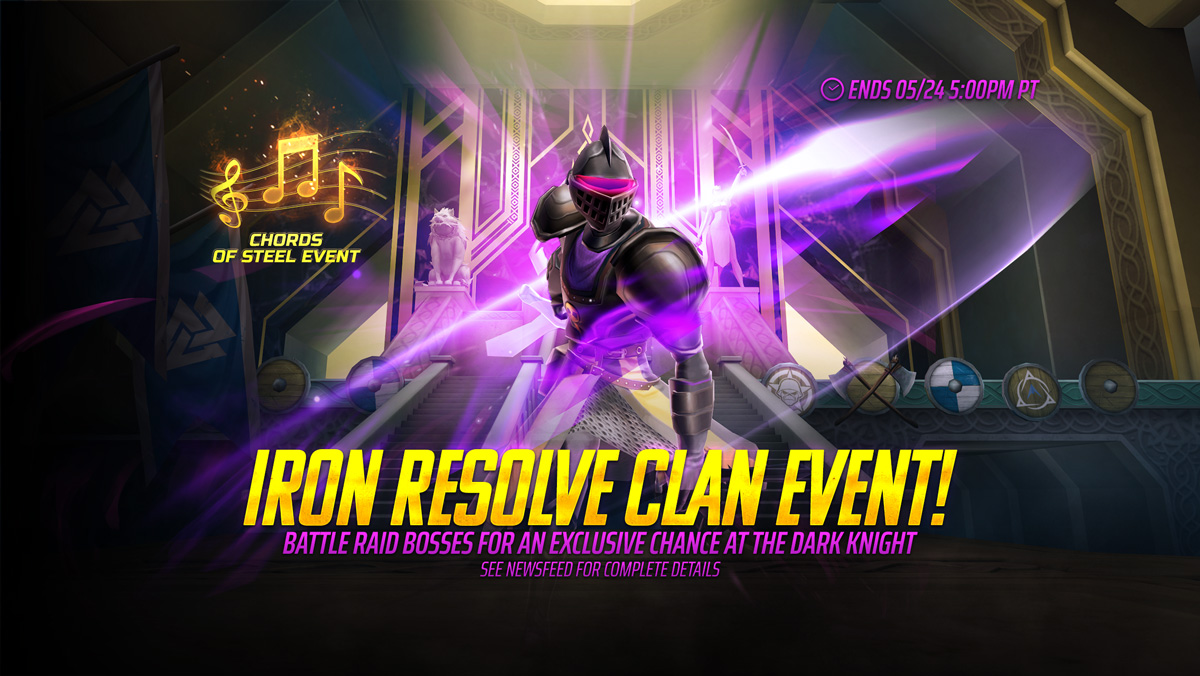 The Dark Knight is here to sow chaos! This 5⭐ Assassin has a 50% chance to Critically Strike his opponents and can inflict HP Drain and Block Beneficial Effects on enemies!

BONUS: Every Raid Boss battle is guaranteed to provide you with Fortified Soul Fragments! Fragments drop in amounts of 50, 100, 150 or if you are very lucky, 200!

You can learn more about this featured event in the Chords of Steel event post here!