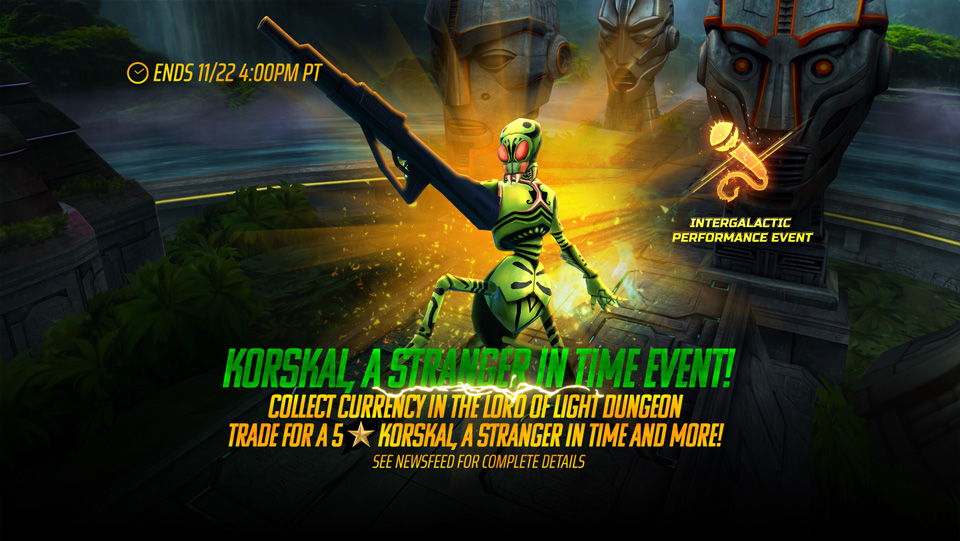 Crush the Lord of Light for event currency to earn a 5⭐character!

From now until November 22, 4PM PT, each battle in the Lord of Light dungeons has a chance of dropping Strange Land Targets. Collect 5,000 and you can redeem them in the Event Store for your very own 5⭐ Korskal, A Stranger in Time, or trade 500 for a Assassin Legendary Soul and get a random 4 or 5⭐ Assassin character!

This 5⭐Ally event will also feature 3 Event Challenges which will reward a variety of items including XP Shards, Frontier Keys and Galactic Credits.

You can learn more about this featured event in the Intergalactic Performance event post!