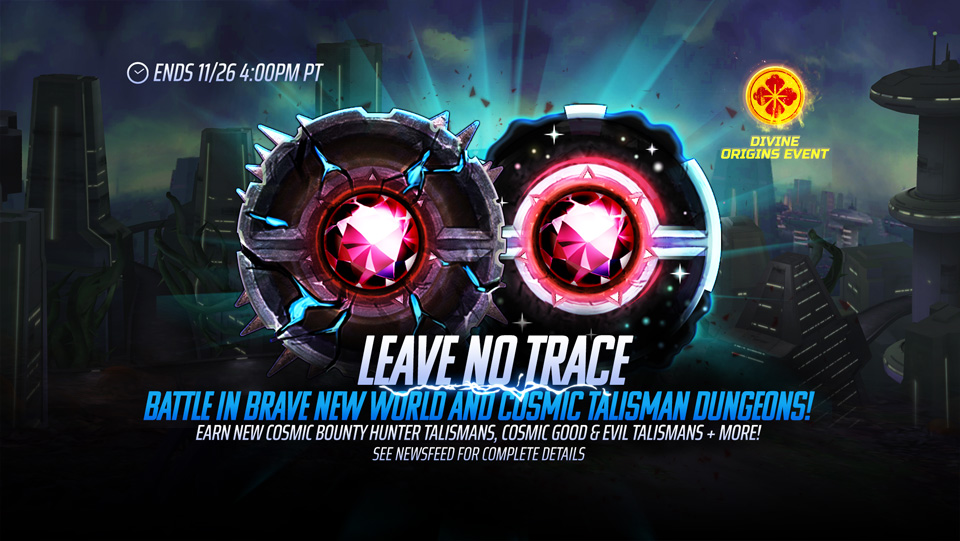 From now until November 26th at 4PM PDT, battle in the Brave New World and Cosmic Talisman Dungeons for a chance of earning Strange Land Canisters.

The Cosmic Bounty Hunter Talisman provides an exclusive bonus when equipped to Bounty Hunter Eddie and Stranger in Time named characters. This Talisman increases stats in battle, and reduces incoming damage. It will also make the wearer: