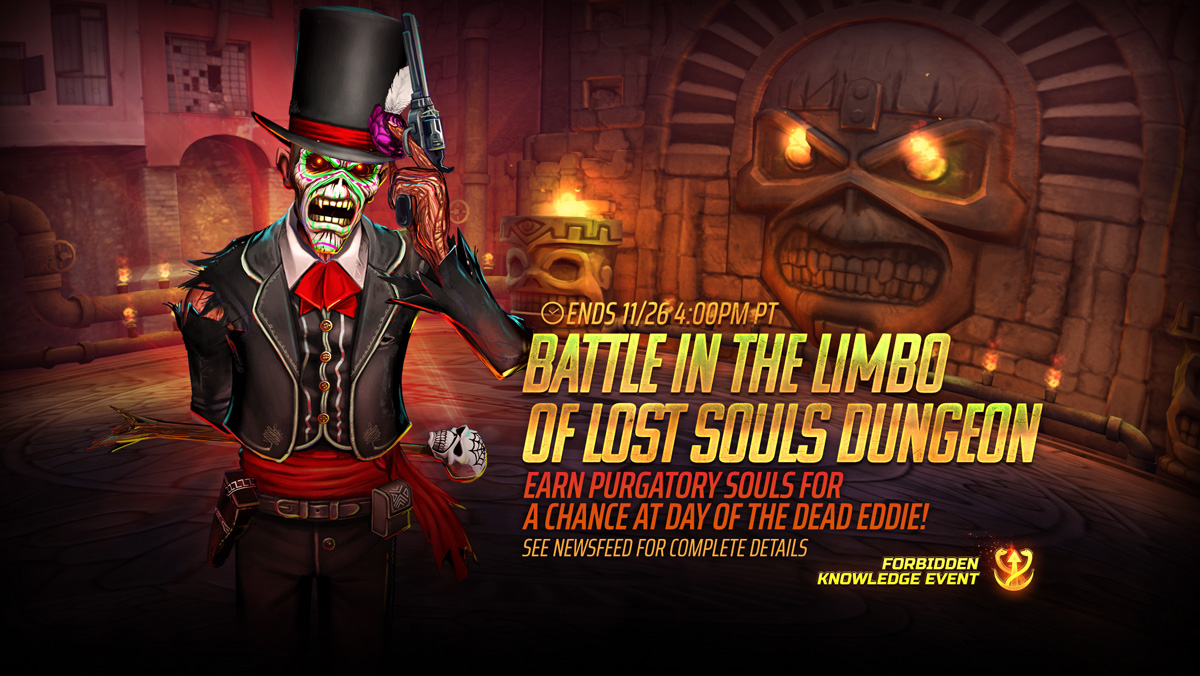 19 Nov Limbo of Lost Souls – Battle to earn Day of the Dead Eddie!

Day of the Dead Eddie is the fully skill sharded special edition version of Shaman Eddie who comes armed with the Dead Man’s Party passive, replacing the regular Dead of Nightmares fury attack. This incredible new character was inspired by the cover of Iron Maiden’s new Live album, Nights of the Dead, “Legacy of the Beast” Live in Mexico City, available November 20th!

From now until November 26th at 4PM PT, escape limbo and return to the land of the living! The Limbo of Lost Souls dungeon comes with 4 difficulty settings and an exciting new storyline!

Purgatory Souls can be earned in 4 ways:

Navigation Talismans are a blue talisman with a 3-set effect. Equipping this set will do the following: