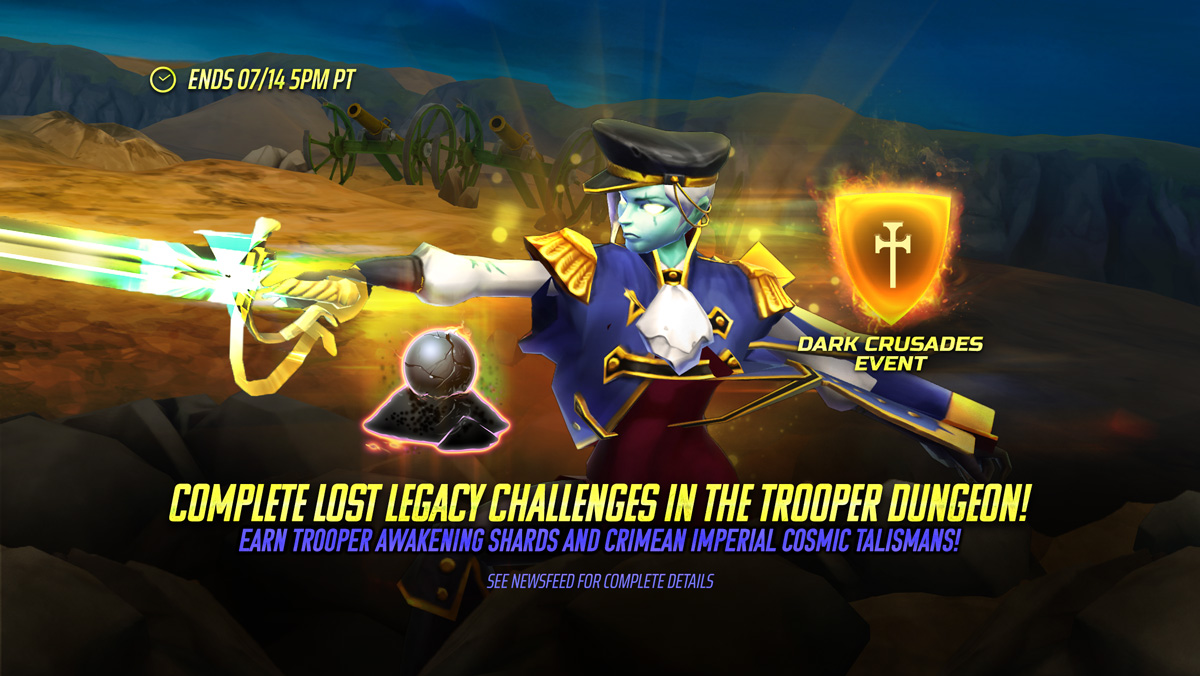 From now until July 14th at 5PM PT, complete Event Challenges in the Trooper Frontier Dungeon to earn a variety of rewards, including Empire Soul Fragments, Evo Materials, Martyr Fragments and more!

We have recently added a second difficulty setting to this dungeon, so you can now take on both regular AND Hard settings.

Immune to all Freeze effects. Remove and Prevent all Counterstrike and Revenge effects, including Golden and Innate effects, on each enemy until they die at the start of battle. 50% Chance to inflict an Unblockable Freeze on a random enemy for 1 turn at the start of your turn. Deal Additional True Damage to frozen enemies equal to 25% of their MAX HP after every action.

Martyr Fragments are the event currency of our overarching Dark Crusades event that is running through July.