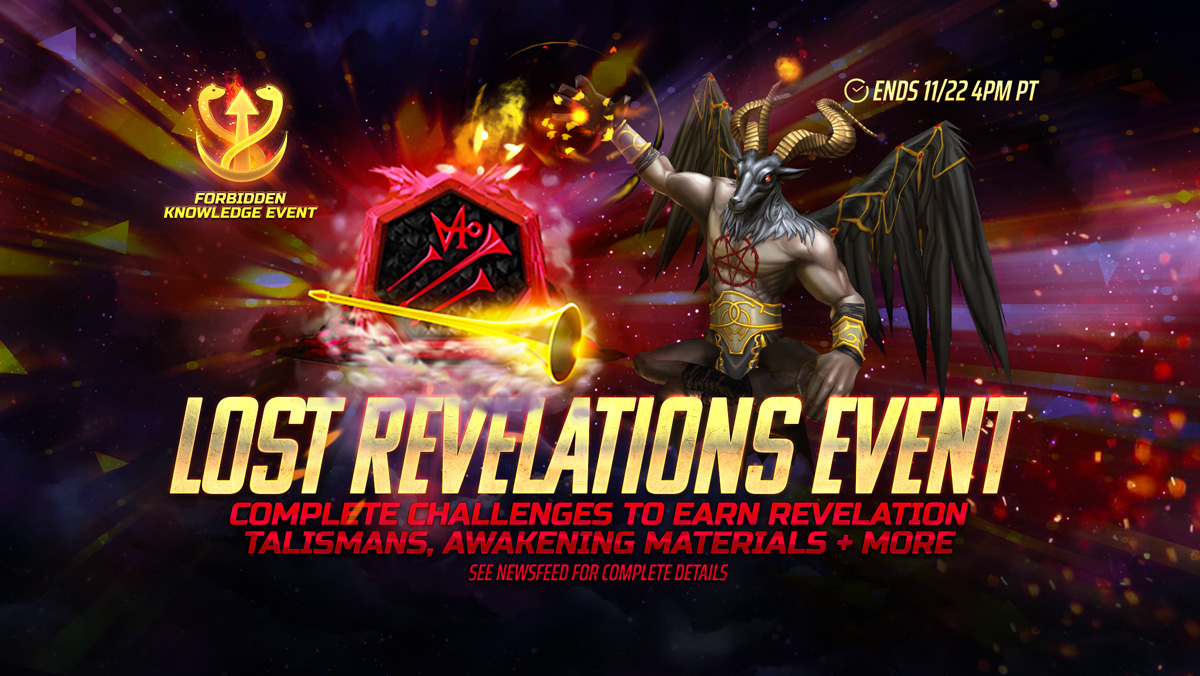 From now until November 22nd at 4PM PDT, complete both solo and Clan event challenges to earn a full set of Revelation Talismans, Rekindled Fragments, Equilibrium Fragments and more!

Reduce damage taken by 77%. Immune to Permadeath, Perfect Death, Doom, Dark Ghost, Apparition and Innate Permadeath. Gain Immunity to All Negative Effects, including Silver and Unblockable effects, for 1 turn at the start of battle. Remove All Beneficial Effects, including Golden effects, from all enemies and Gain 7 Power and 777% Increased Damage until you die at the start of your third turn. 77% Chance to Permanently Increase Max HP, ATK, DEF or MR on self by 7% when you take damage. Once per battle, Revive with full HP, Remove All Negative Effects, including Silver and Unblockable effects, from all allies and grant them 7 Golden Effects for 7 turns.