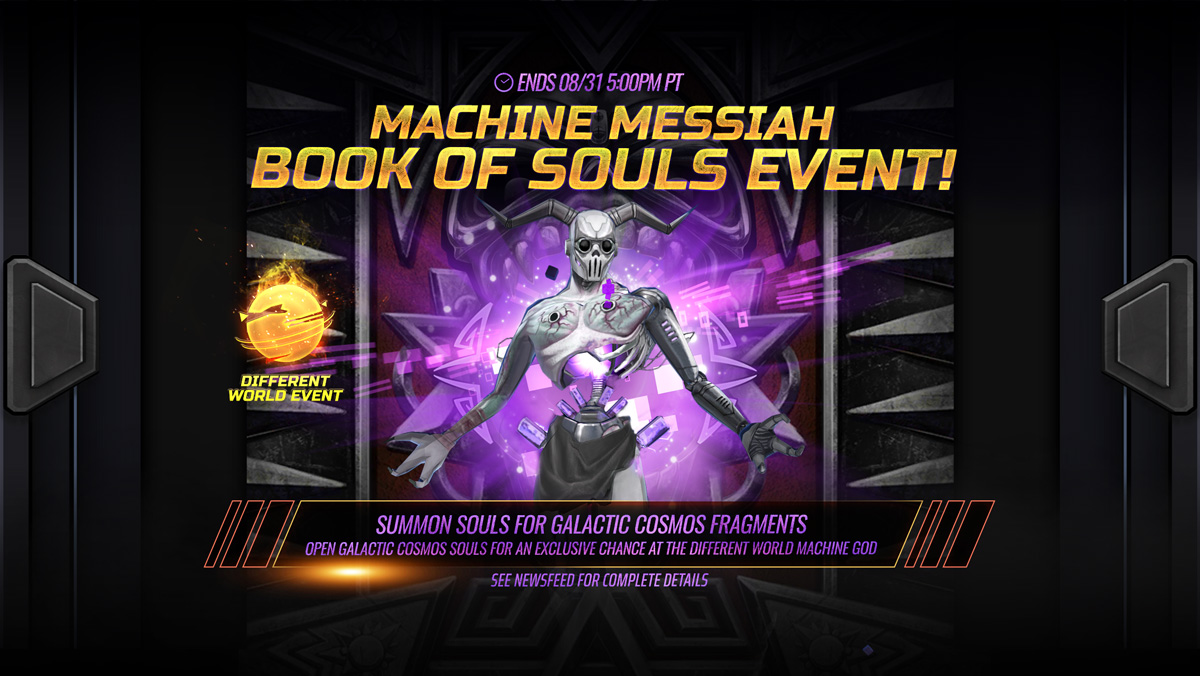 The methodology of Different World inhabitants can be summed up as “Strength in Diversity” however, some fanaticals of the Different World have taken it to mean “Strength of Diversity by Any Means”. One such despot is known as the Machine God: a being who expands its range of experiences through forceful compliance. As a battle progresses, the Different World Machine God will begin to take over its enemies as their minds are brought into the network, first through Sleep, then Silence, and finally compliance.

From now until August 31st at 5PM PDT, every non-Heroic Rare, Epic, Legendary, Mythic, and Talisman Soul you open in the Book of Souls, regardless of where you earned it (Skull Quests, bought from Store, earned from Sacrifice, etc) will give you a guaranteed bonus of Galactic Cosmos Soul Fragments.

The Galactic Cosmos Soul is a limited time event soul which guarantees a 3★ to 5★ character of any class and an EXCLUSIVE chance of summoning 5★ Cosmic Magus Different World Machine God.

IMPORTANT: Machine Messiah is the FINAL Different World associated event. Once this event ends you will no longer be able to collect Salvaged Technology! 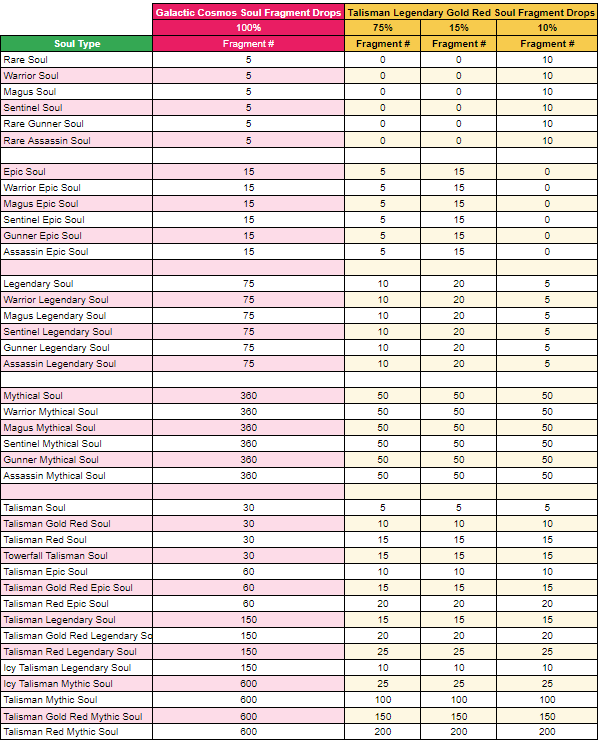