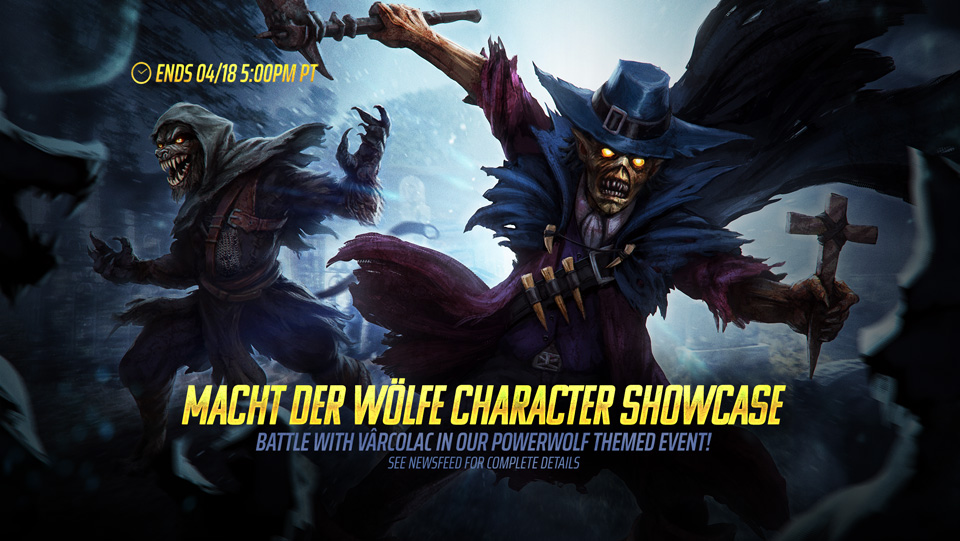 Introducing Vârcolac! This formidable werewolf can be seen on the cover of Powerwolf’s album Call of the Wild and is now making his Legacy of the Beast debut.

You can earn Vârcolac for free just by logging in! Log in any 7 days between April 11th and May 11th 5pm PT to earn awesome rewards including Vârcolac himself on the 7th day!

Get free Vârcolac and Van Helsing Eddie wallpapers for your devices here!

Vârcolac charges into battle during in our latest character showcase event: Macht Der Wölfe (German for Power of the Wolf). Available until April 18th 5pm PT this special character showcase features a Powerwolf themed script and just 1 difficulty setting so everyone can participate!

Val Helsing Eddie leads the hunt with Vârcolac and the Pilgrim at his side as they search for the putrid Professor Parabiosis. All 3 characters will be permanent companions anytime you battle in this area, leaving you 1 character slot to bring the ally of your choice. Battles in the Macht Der Wölfe character showcase are guaranteed to provide gold, along with a chance at additional shards, runes, Skill Shards and Sands of Time.

Vârcolac and Van Helsing Eddie Cross paths in the catacombs of Dracula’s Dungeon. Vârcolac has just escaped Professor Parabiosis, an evil doctor wanting to conduct experiments on him because of his extraordinary powers. He asks Van Helsing Eddie to join him in defeating the evil doctor. Van Helsing Eddie soon realizes that Vârcolac is fighting his internal struggle between good and evil, Together with The Pilgrim they join forces while battling mutant wolf soldiers. The trio soon realize the Professor has a more sinister plan in mind than just a mere dissection. 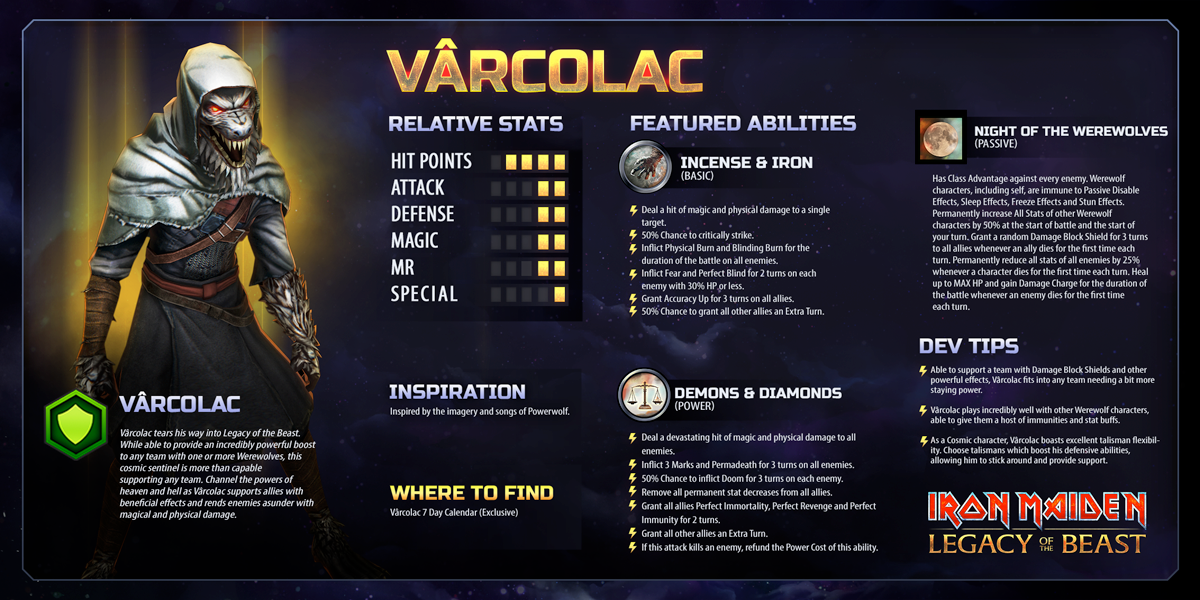 Learn more about this collaboration and see Powerwolf discuss Iron Maiden, the game and more in the video below!