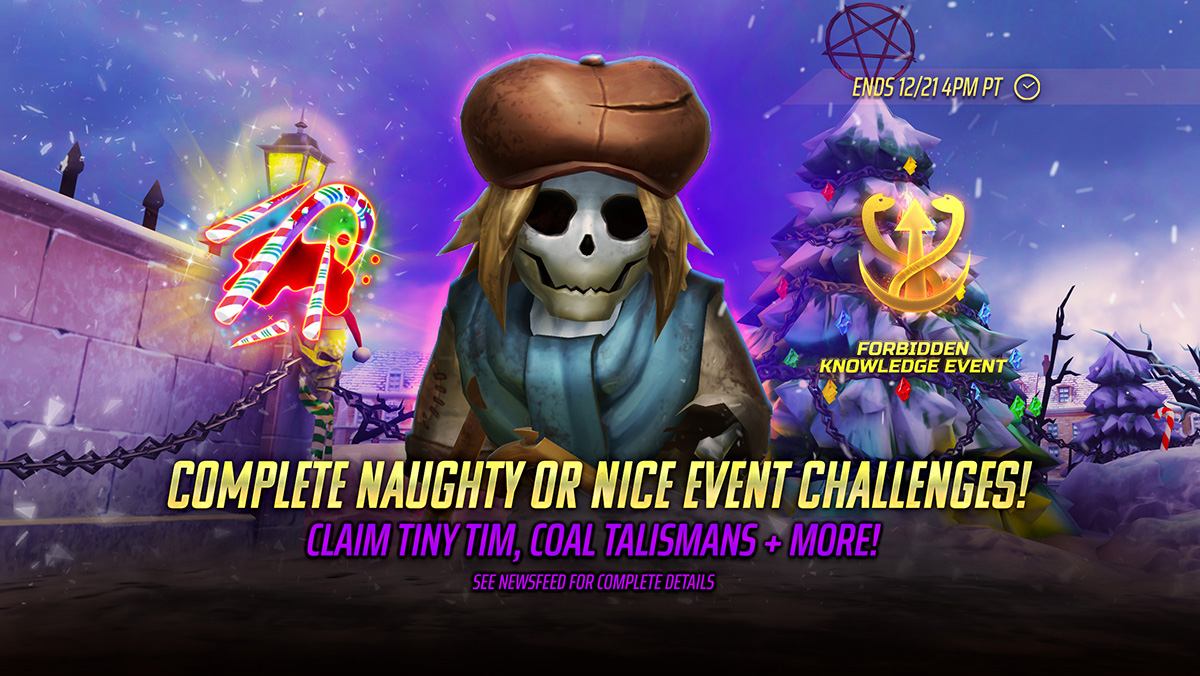 Posted at 17:14h in Blog, News by Cruz Rodriguez

From now until December 21st at 4PM PT, complete both regular and Clan Event Challenges in Skull Quests and Frontier Dungeons to earn a variety of rewards, including Terrible Treasure Currency, Sentinel Awakening Shards, Festive Awakening Shards and more!

Terrible Treasure Currency is traded in the Store for rewards such as new Coal Talismans, Cosmic Upgrade Packs and Tiny Tim himself!

Tiny Tim was recently made awakenable! Max Awaken this character to unlock the formidable TERRIBLE TIM! If you don’t have this 4* Sentinel, now is your chance to get him and pick up the materials needed to max awaken him!

Coal Talismans are a new purple talisman with a 2-Set Effect. Equip them for the following effects: