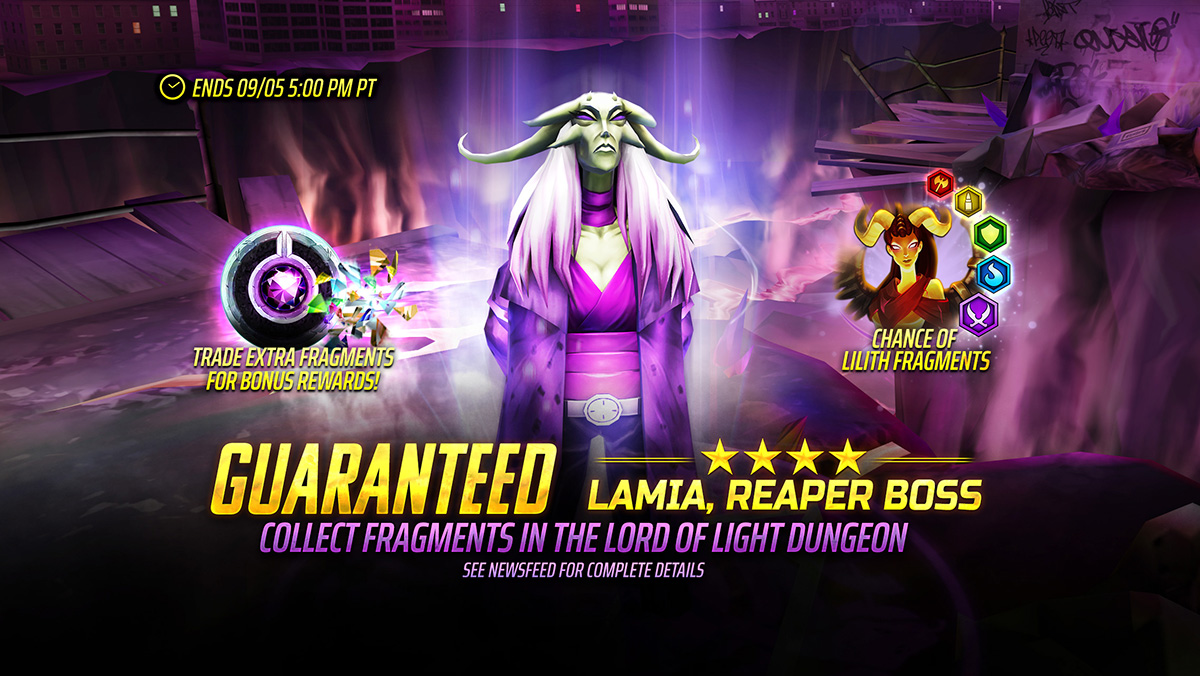 Conquer the Lord of Light to earn Lamia AND Lilith Soul Fragments!

Earn Lamia the Reaper Boss in the Lord of Light Dungeons from September 2nd to September 5th at 5pm PT!

Each Lord of Light battle has a chance of dropping 5, 10 or if you’re lucky, 50 fragments! Collect 200 Fragments and you can redeem them in the Book of Souls’ Fragments screen for your very own 4⭐Assassin Lamia, Reaper Boss.

The leader of the Savage Reapers, Lamia is straight from the mean streets of Night City and has some nasty tricks up her sleeve! Her attacks will ALWAYS land with a Perfect Hit, and she is able to inflict Fear and Dark Ghost on her opponents.

We’ve placed a free pack of 10 Lamia Fragments in the Store to get you started!

🎉Collect Lilith Soul Fragments! These special Fragments have a chance of dropping from all floors of the Lord of Light dungeons during this week’s Lamia, Reaper Boss event!