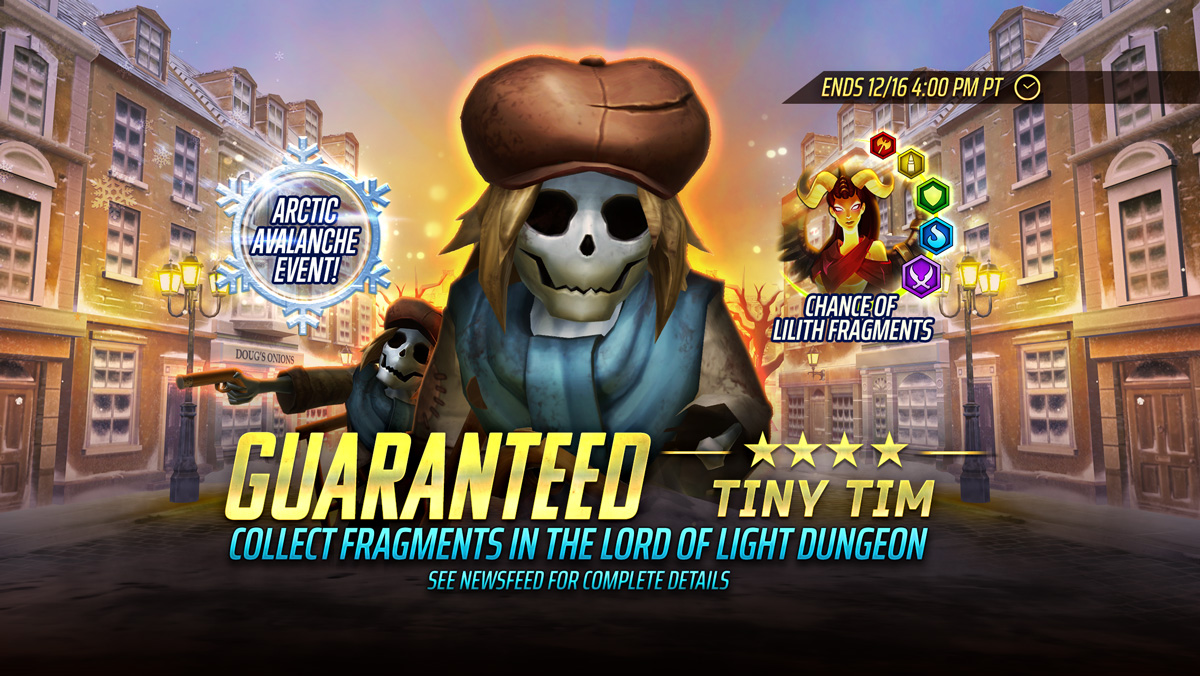 Conquer the Lord of Light to earn Tiny Tim AND Lilith Soul Fragments!

Earn Tiny Tim in the Lord of Light Dungeons from December 13th to December 16th at 4pm PT!

Each Lord of Light battle has a chance of dropping 5, 10 or if you’re lucky, 50 fragments! Additionally, players who battle in Lord of Light Floors 11-15 will also be able to earn greater amounts of Tiny Tim Fragments (10, 20 or 50) at an increased drop rate!

Collect 200 Fragments and you can redeem them in the Book of Souls’ Fragments screen for your very own 4⭐Sentinel Tiny Tim.

What he lacks in physical power Tiny Tim makes up for in Spirit! Tiny Tim is the ultimate team cheerleader who boosts allies and strips enemies of effects, leaving them open to attack. Upon death, his final gift is to passively Remove all Negative Effects from allies while granting Revenge, Charge and 100% Critical Strike Chance and Removing all Golden effects from enemies.

We’ve placed a free pack of 10 Tiny Tim Fragments in the Store to get you started!

🎉Collect Lilith Soul Fragments! These special Fragments have a chance of dropping from all floors of the Lord of Light dungeons during this week’s Tiny Tim event!