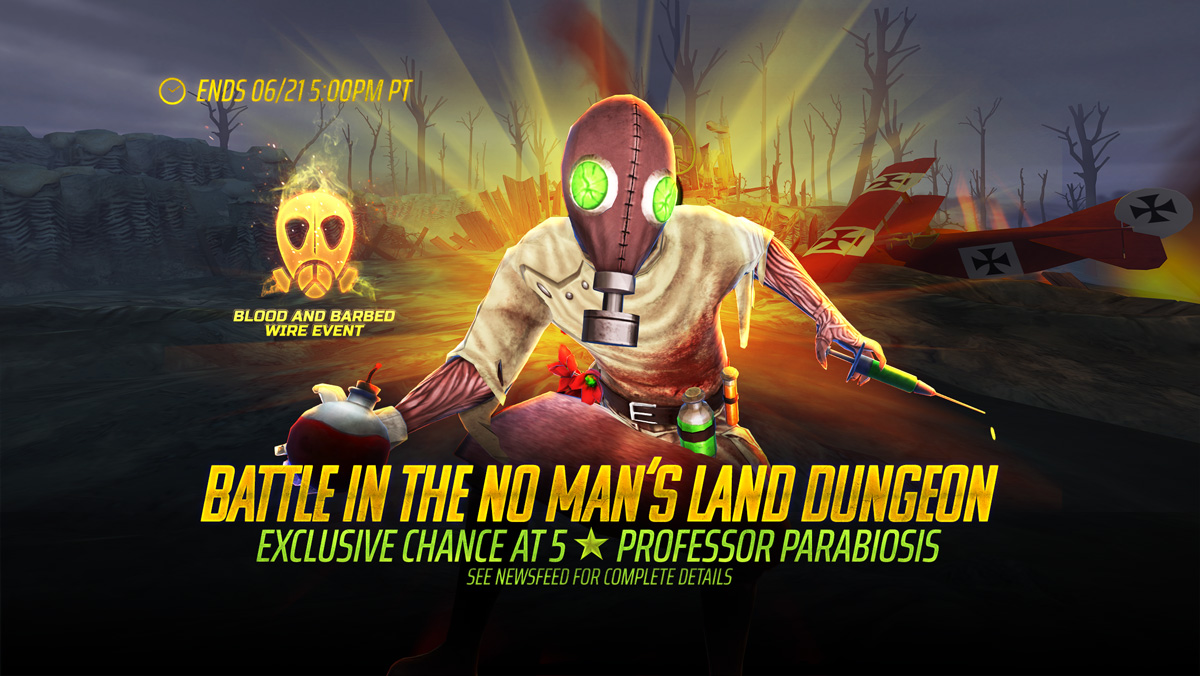 From the lab to the battlefield! Professor Parabiosis is a new 5★ Magus who specializes in ladening his enemies with nasty negative effects. His sinister experimentations have given him an insight into how to weaken his opponents, and given him the ability to apply Time Bombs, Burn Effects, Crave, Silence and more…

From now until June 21st, 5 PM PT, battle through 4 difficulty settings in the No Man’s Land dungeon!

Crimson Cloak Currency can be traded in store for Shrapnel Souls in bundles of 1, 3 and 10, Nuclear Awakening Shards and Professor Parabiosis himself.

Capricorn Talismans are gold talismans with a 3-set effect. Equipping this set will do the following:

Grants one Random Golden Effect to each ally and inflicts one Random Silver Effect on each enemy every turn.  Remove a Negative Effect, including Silver effects, from self when you take damage.

Inflict Passive Disable for 1 turn on each enemy that lacks Silver Effects every action. Grant Endure and Innate Titan Shield for 1 turn to all allies and deal Additional Random Damage to all enemies based on your MISSING HP if Accuracy Down, Heal Block, Heal Reduction, Crave or Bleed effects, including Silver and Innate effects, are active on self when you take damage while at 50% HP or below.

The Shrapnel Soul is a limited time event soul which guarantees a 3★ to 5★ character of any class and an increased chance of summoning certain Warfare themed characters (see Soul Drop Percentage page in the Book of Souls for full list). It also has an exclusive chance of summoning 5★ Magus Professor Parabiosis.