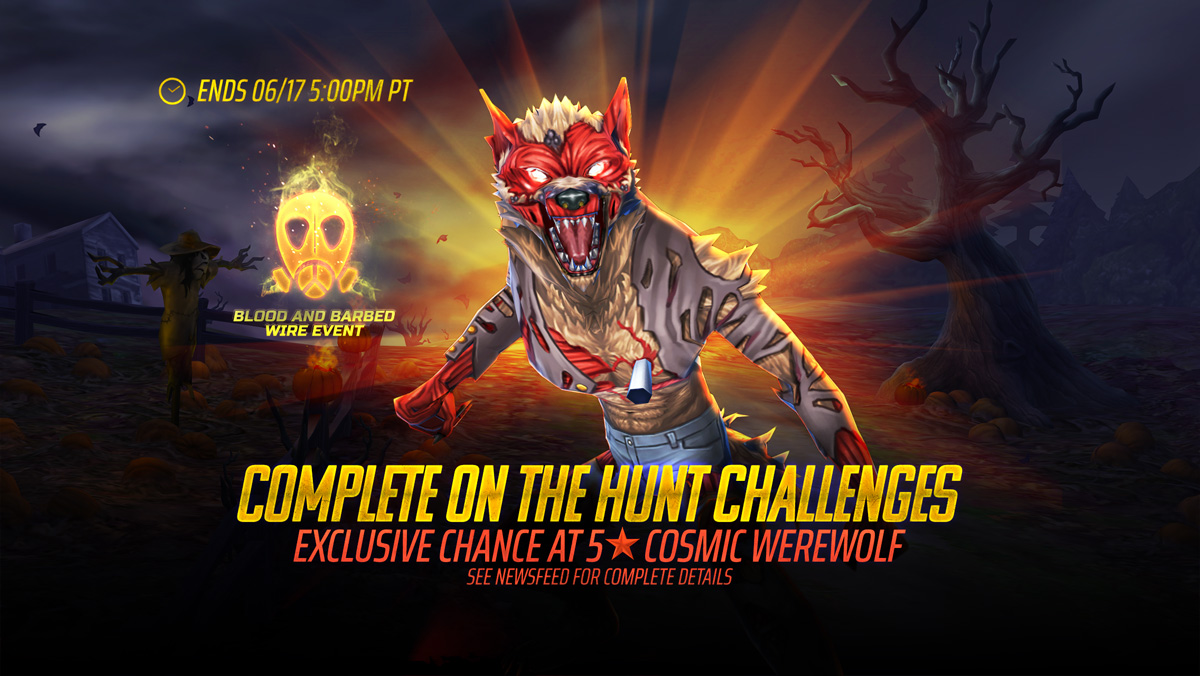 10 Jun On the Hunt (Boss Run) – Brawl with Bosses for a chance at a Cosmic Werewolf!

Howl at the moon – The 5★ Cosmic Warrior Werewolf is here. This alpha ensures the safety of his pack by quickly subduing his opponents. Every hit he lands with his basic attack will reduce a random stat on his target and inflict Perfect Sleep, while his power attack will remove Immunity and inflict Fear, Taunt and Perfect Corruption.

Silver Coins are the event currency for On the Hunt and can ALSO be earned by battling in the Samurai, Mystic Nights, Powerslave, Labyrinth and Infernal Dungeons. Trade this currency in-store for 1, 3 and 10 packs of Bared Teeth Souls, Nuclear Awakening Shards and Cosmic Talisman Evo Materials.

Aries Talismans are a red talisman with a 2-set effect. Equipping this set will do the following:

The Bared Teeth Soul is a limited time event soul which guarantees a 3★ to 5★ character of any class and an increased chance at Werewolves! It also has an exclusive chance of summoning the new 5★ Cosmic Warrior Werewolf.