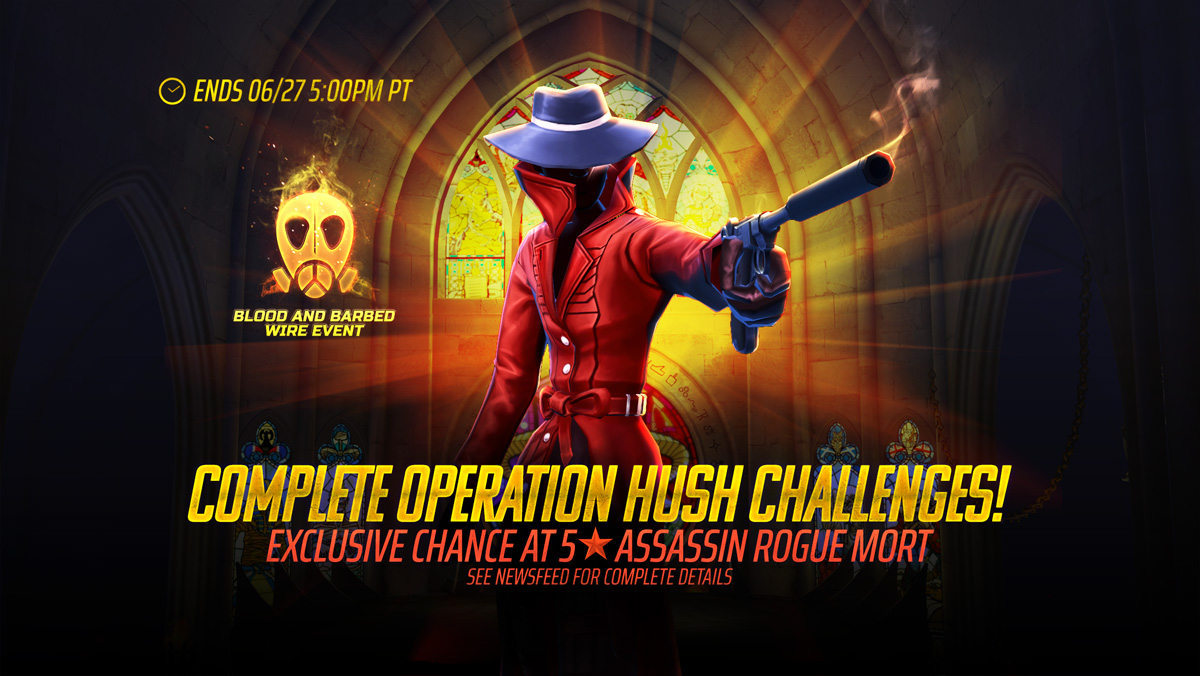 Meld into the shadows with Rogue Mort. This 5★ Assassin is a master spy who seeks out her opponent’s weaknesses and exploits them to her benefit. She Marks her opponents and is able to inflict Perfect Silence and Perfect Blind with a high chance to critically strike!