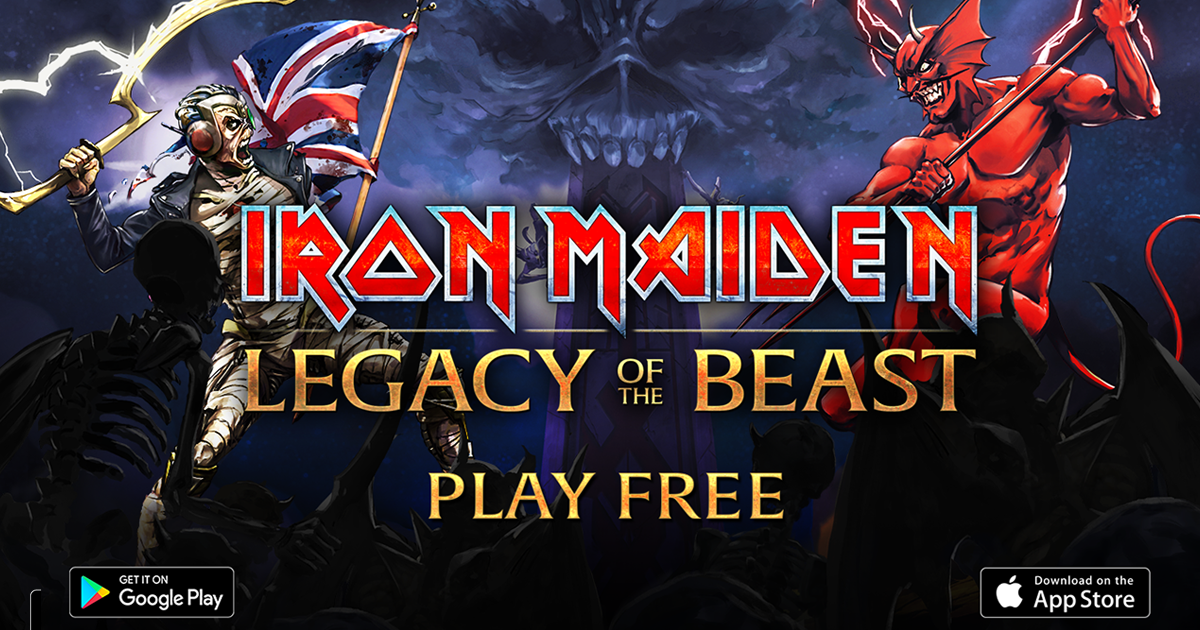 Iron Maiden: Legacy of the Beast is available for download!

Just moments ago we launched the game on both Apple and Android devices in over 140 countries.

Battle as Eddie in his many forms and explore the furthest reaches of the Maiden universe! The game features Iron Maiden tracks from throughout their entire career, including previously unreleased versions of classic tracks especially prepared for the game.

Run to the app stores and get Legacy of the Beast today!