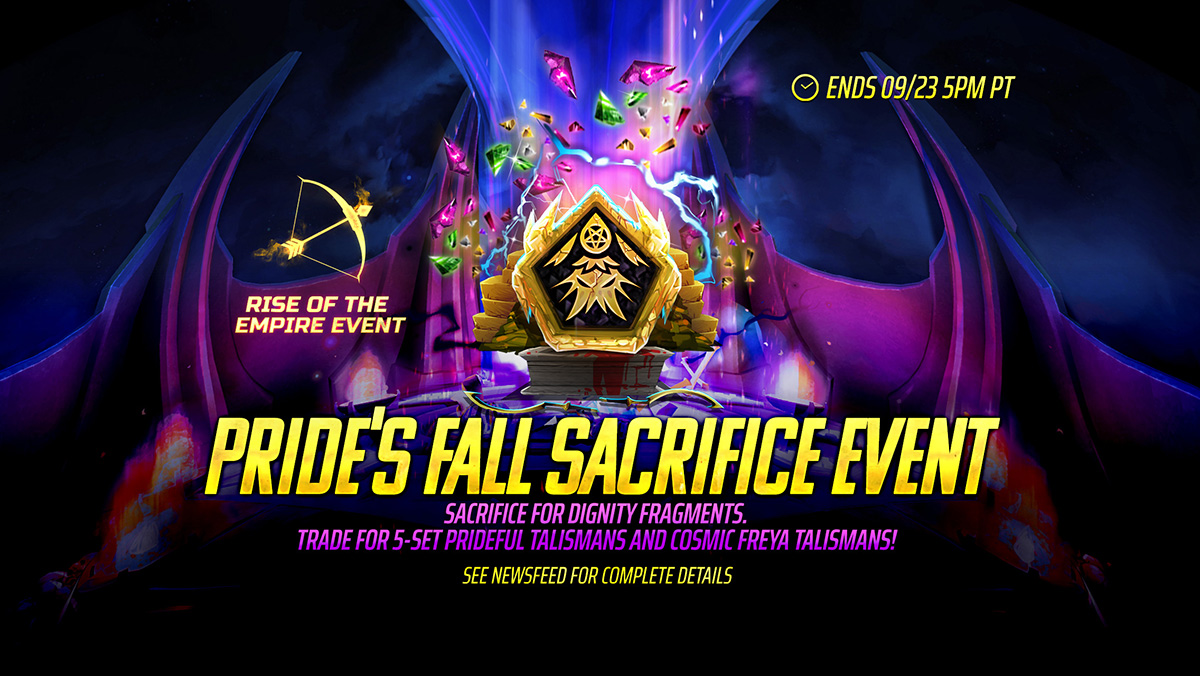 From now until September 23rd at 5PM PT, earn bonuses from each tier of Sacrifice, in addition to normal sacrifice rewards.

Prideful Talismans are yellow talismans with a 5-set effect. Equip them for the following benefits:

Complete Challenges to earn a variety of rewards including various Awakening Shards, Ghost of the Navigator Fragments and Invasion Fragments.