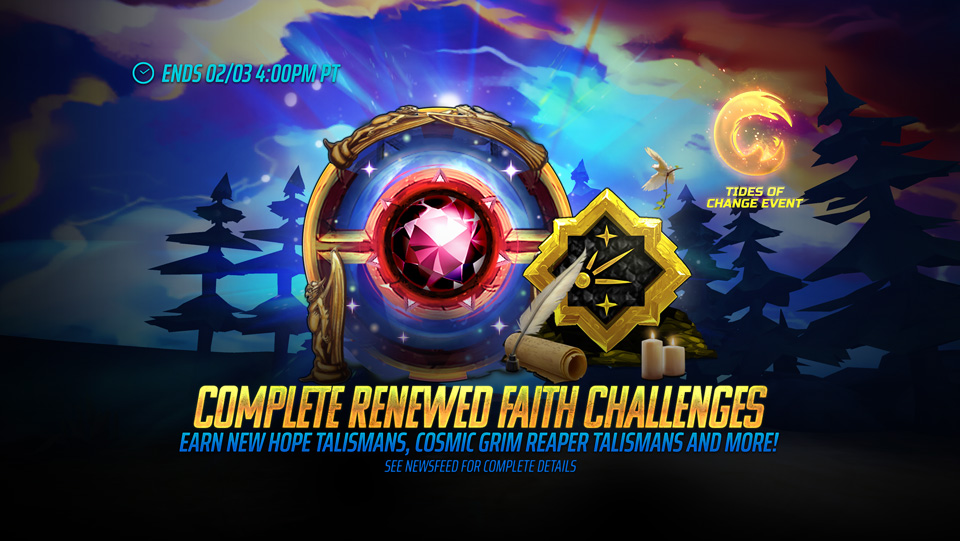 Hope Talismans are a gold talisman with a 5-set effect. When all 5 talismans are equipped you will earn the following bonuses:

NOTE: This is the FINAL Tides of Change event. Once this event is over you will no longer be able to earn Ritualistic Scripts.