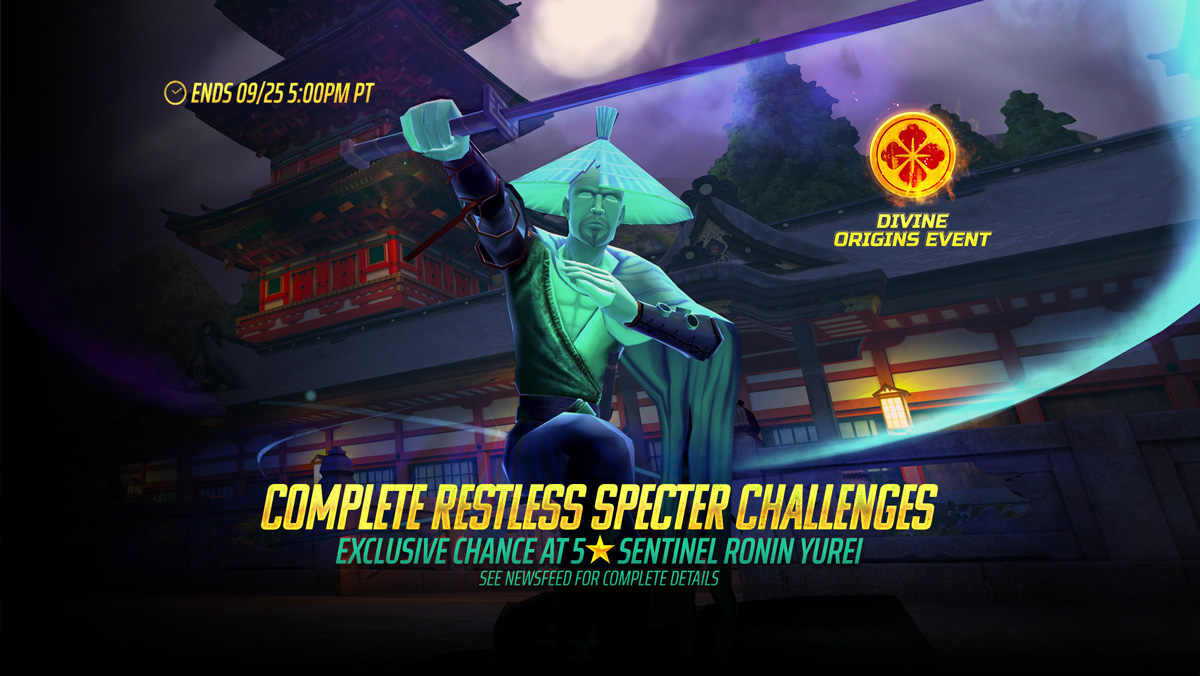 18 Sep Restless Specter – Brawl with Bosses for a chance at Sentinel Ronin Yurei!

A lost wanderer
Forgotten after his death
Seeking redemption

Sometimes, it just takes one wrong move to meet your end. Such was the case for this skilled ronin, now cursed to roam the holy mountainside. The Ronin Yurei fights in death as he did in life, protecting his allies with a fierce loyalty. His Bushido Code allows the Ronin to expertly intercept blows while granting him a random Damage Immunity Shield each action. By marking multiple foes, the Ronin Yurei can deal an insane number of blows on his enemies, cutting them down to ribbons.

Ghostly Remains are the event currency for Restless Specter and can ALSO be earned by battling in the Fallen Fortress, Final Journey, Baphomet’s Bar, Samurai, Mystic Nights, Powerslave, Labyrinth and Infernal Dungeons. Trade this currency in-store for 1, 3 and 10 packs of Marked for Death Souls, Strange Land Awakening Shards, Rot Talismans and Ronin Yurei himself!

350 Shinobi Soul Fragments guarantees any class of 4★ Shinobi or a 5★ Cosmic Shinobi!

Note: This is the FINAL Event Soul in the month of September that will contain Shinobi Soul Fragments. Don’t convert your fragments until the end of this event so you can take full advantage of this opportunity!