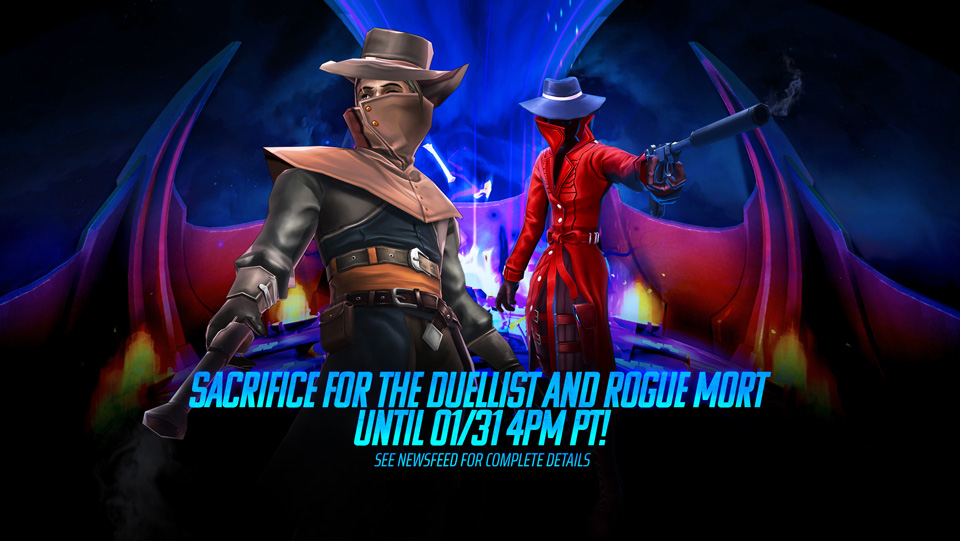 31 Dec Sacrifice January 2022 – Sacrifice for The Duellist and Rogue Mort!

Sacrifice rewards for January 2022 feature The Duellist and Rogue Mort!

Trade Sacrifice Currency in Store for The Duellist, Rogue Mort, and Magus Awakening Materials from December 31st at 4pm to January 31st at 4pm PT.

After January 31st the limited time items available in store will be removed, and new rewards will be revealed!