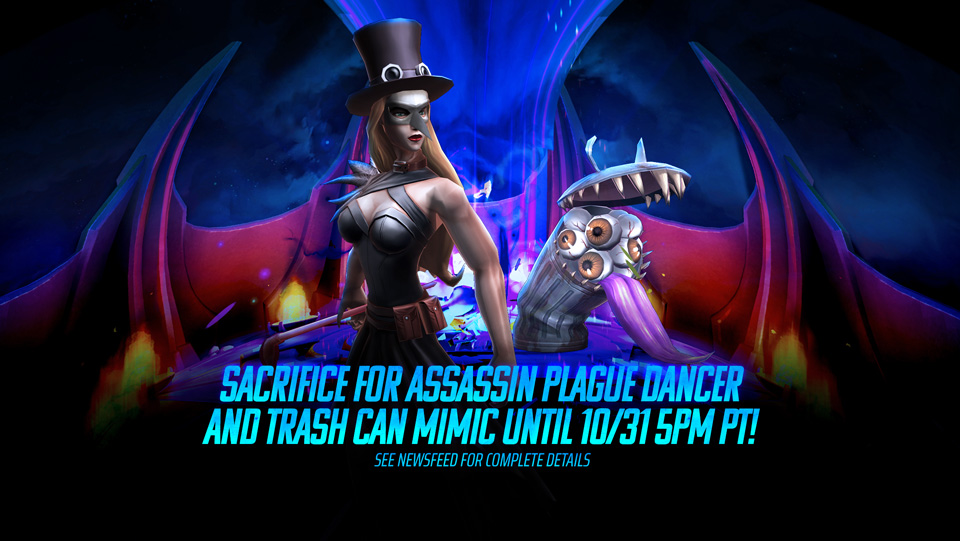 Sacrifice rewards for October 2022 features the Assassin Plague Dancer and Trash Can Mimic!