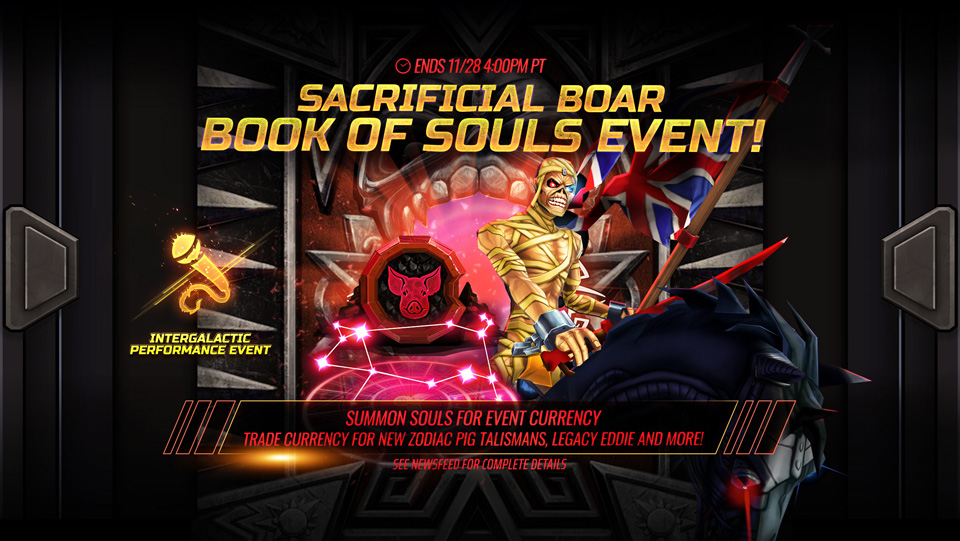 From now until November 28th at 4PM PDT, every non-Heroic and non-Talisman Rare, Epic, Legendary and Mythic Soul you open in the Book of Souls, regardless of where you earned it (Skull Quests, bought from Store, earned from Sacrifice, etc) will give you a guaranteed bonus of Reinforced Bones Event Currency.

The Zodiac Pig Talisman is a blue talisman with a 2-set effect. Equip this talisman set to gain the following effects:

When your HP drops below 50%, gain Attack Up and Magic Up for 3 turns.

**Note – Heroic Souls and Talisman Souls will NOT give Reinforced Bones during this event: 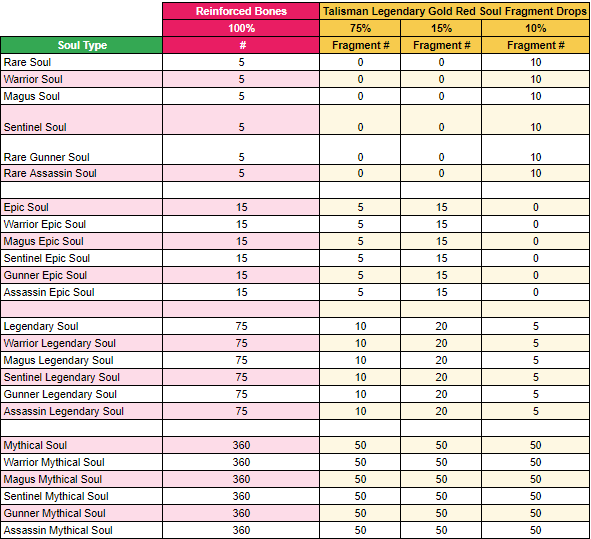