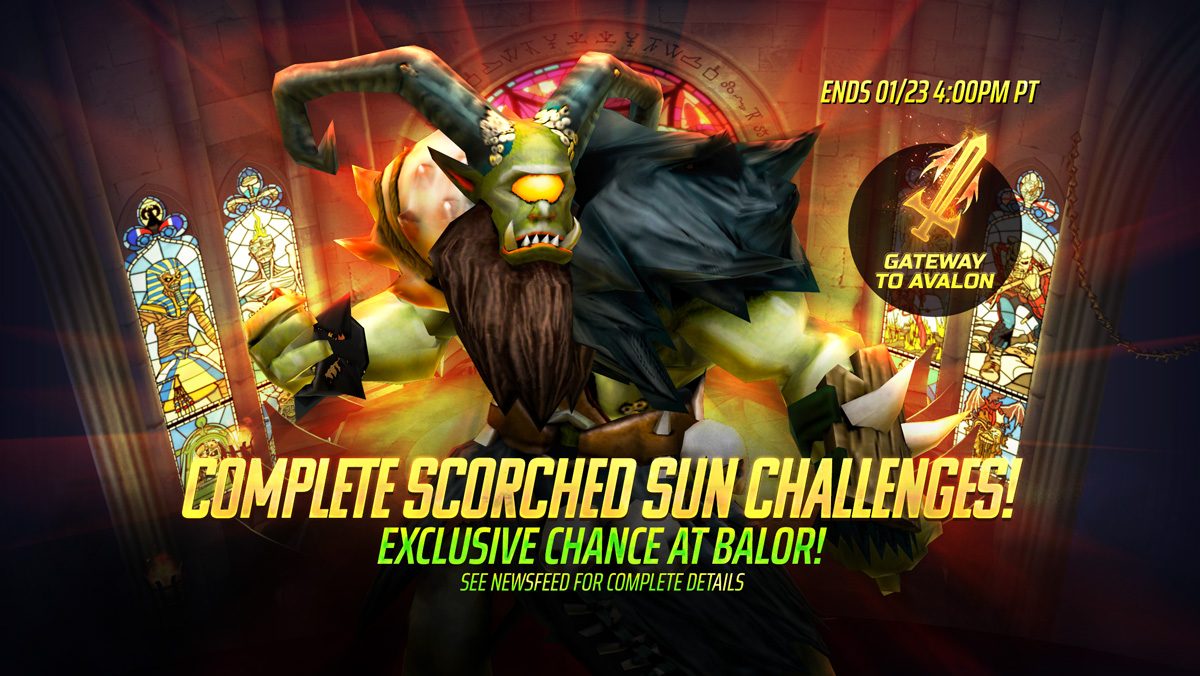 16 Jan Scorched Sun (Arena) – Get an exclusive chance at Balor!

The accursed giant Balor has arrived!

Balor is a 5★ Warrior and ruler of the Fomorians. This high damage True Damage Dealer comes equipped with the Scorched Redemption passive that makes him immune to Magic Damage. He’ll also receive a permanent increase in select stats when targeted with Physical and True Damage Attacks!

Destructive Eye Currency can be traded in store for Eye of Animosity Souls in bundles of 1, 3 and 10, new 2-set Rhythmic Talismans, Frontier Coins and more!

Rhythmic Talismans are red talismans with a 2 set effect that is not available anywhere else! Equip a full set for the following effects:

Enemies targeted by your attacks take 15% Increased Damage, stacking up to a maximum bonus of 150% until they die, after every action. This effect applies to a single target enemy, does not apply to bosses and is not recognized as a Curse effect. Attacks always land as Perfect Hits.

Each Eye of Animosity Soul summoned will also grant the following bonus rewards:

Many of these event challenges will also provide Eternal Essence Currency.

Eternal Essence is the event currency of the Gateway to Avalon Event.

You can learn more about this month’s featured event in the Gateway to Avalon event post here!

BONUS: For the duration of this event,  Eternity Soul Fragments you earn from the weekly Arena resets can be traded for Eternity Talismans!