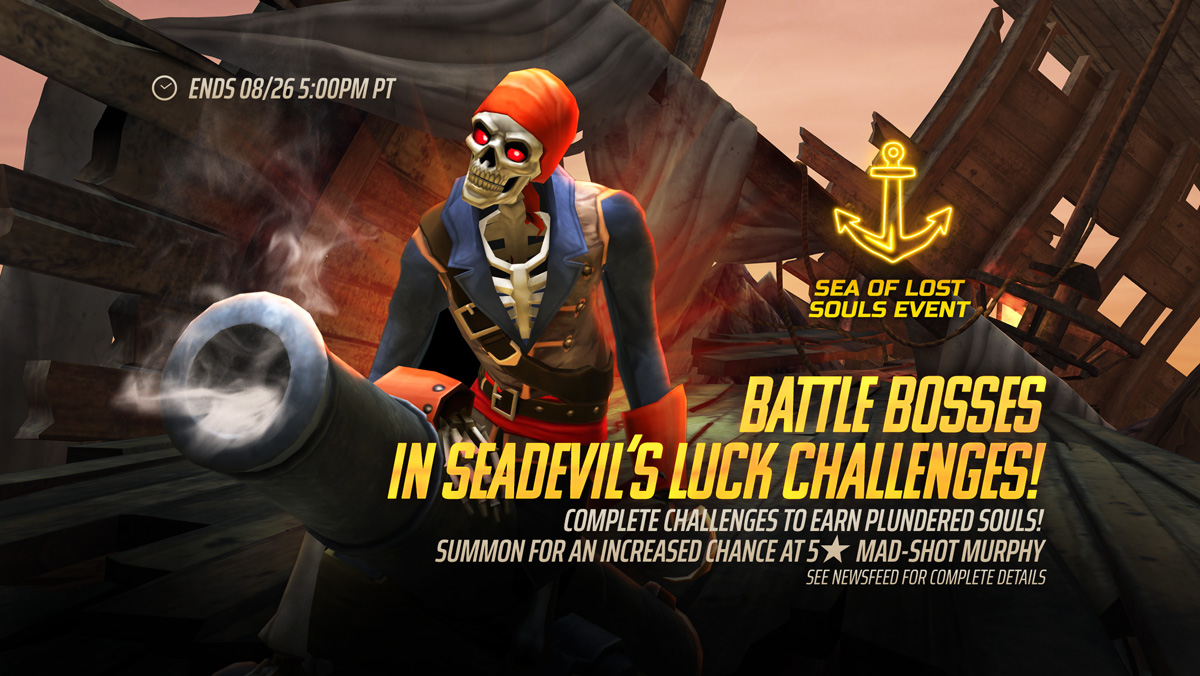 19 Aug Seadevil’s Luck – Brawl with Bosses for a chance at Mad-Shot Murphy!

Mad-Shot Murphy is a 5★ Warrior who blasts his opponents to smithereens! His passive ability Penance of Nightmares gives him a 50% chance to counterattack when anyone on your team takes damage! His strikes will also reduce enemy healing and he’ll gain Endure anytime you take damage!

Shipwrecked Fragments are the event currency of the Sea of Lost Souls Event.

You can learn more about this month’s featured event in the Sea of Lost Souls event post here!