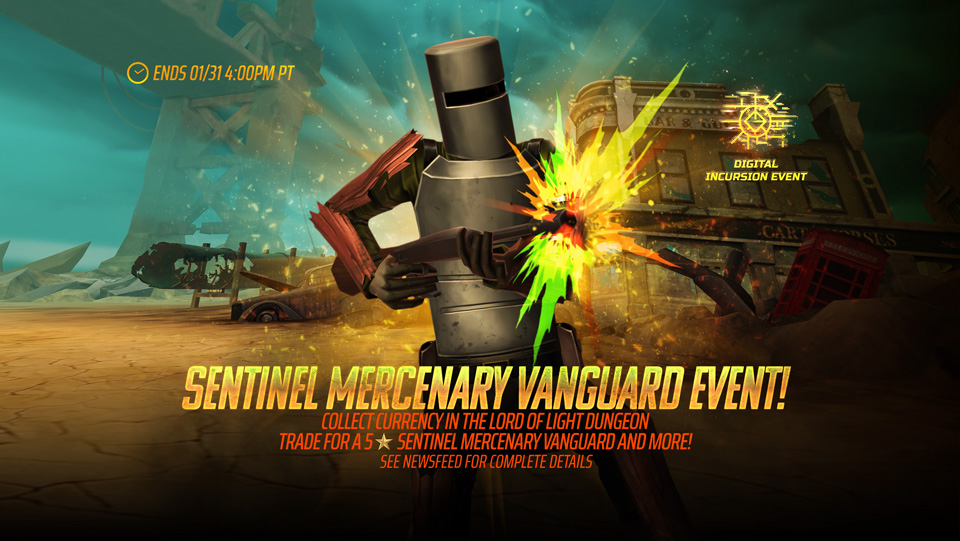 Posted at 16:00h in Blog, News by Calavera Catrina

Crush the Lord of Light for event currency to earn a 5⭐character!

From now until January 31st, 4PM PT, each battle in the Lord of Light dungeons has a chance of dropping Sand-Worn Blades. Collect 5,000 and you can redeem them in the Event Store for your very own 5⭐ Sentinel Mercenary Vanguard, or trade 500 for a Sentinel Legendary Soul and get a random 4 or 5⭐ Sentinel character!

This 5⭐Ally event will also feature 3 Event Challenges which will reward a variety of items including XP Shards, Frontier Keys and Futureal Orbs.

Extra Sand-Worn Blades can be traded for Cosmic Lilith and Cosmic Rot Talismans!