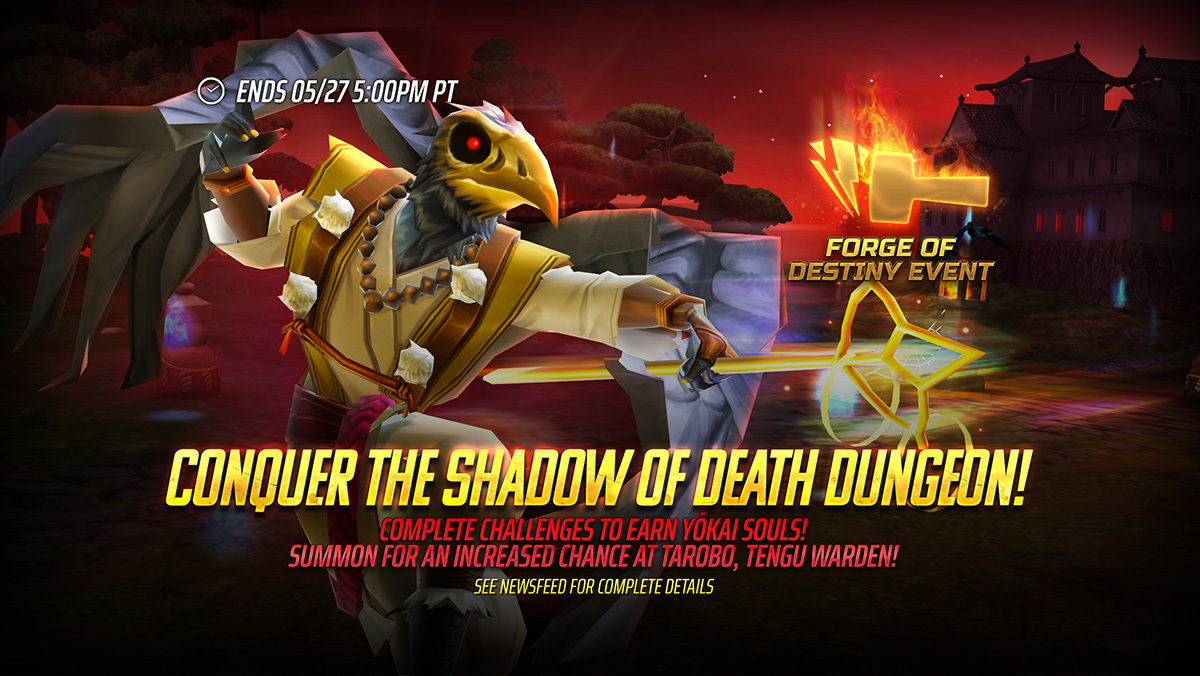 20 May Shadow of Death – Increased chance at Tarobo, Tengu Warden and Oni Eddie!

Battle in the Shadow of Death dungeon for Tarobo, Tengu Warden!

Tarobo is a new 5★ Gunner who punishes enemies with negative effects, and can load up beneficial effects on his allies to turn the tide of battle.

His passive grants immunity to Burn effects to all allies and will remove a Random Beneficial Effect, and inflict a Random Negative Effect on attacking enemies for 2 turns when anyone on your team takes damage!

From now until May 27th, 5 PM PT, battle in the Shadow of Death dungeon! This dungeon comes with 4 difficulty settings and is packed with awesome rewards!

The first time you complete Normal, Hard or Madness, you will earn set rewards including Yōkai Souls and Avenger Talismans, and your first Insanity run will grant T3 Cosmic Evo Runes and Talisman Epic Soul Fragments. All subsequent victories are guaranteed to provide Gunner Soul Fragments, and Dungeon Fragments, as well as a chance of up to 2 bonus rewards, including Singularity Talismans.

Yōkai Souls can be earned in three ways: