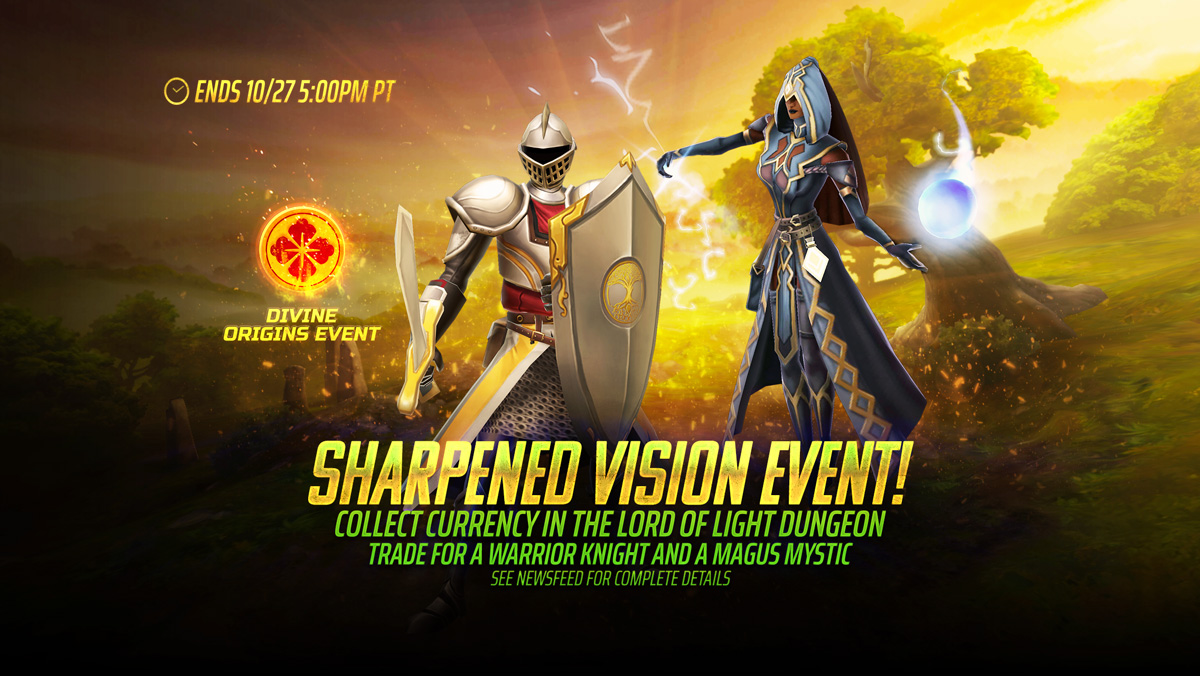 From now until October 27th, 5PM PT, each battle in the Lord of Light dungeons has a chance of dropping Protective Seals, the Sharpened Vision event currency. Collect 200 and you can redeem them in the Event Store for your very own 4⭐Warrior Knight or 4⭐Magus Mystic!

Warrior Knight: This noble warrior supports his team with targeted physical attacks. His passive The Code of Chivalry gives him Sacrifice status at the start of battle, and will give Immunity to specific effects to all allies if he is paired with King Arthur Eddie, or the Sentinel Knight.

Magus Mystic: This wise Magus is the ultimate team reviver! Their power attack, Prophetic Seal, Revives and heals all allies while inflicting Seal on all enemies.

You can learn more about this featured event in the Divine Origins event post here!