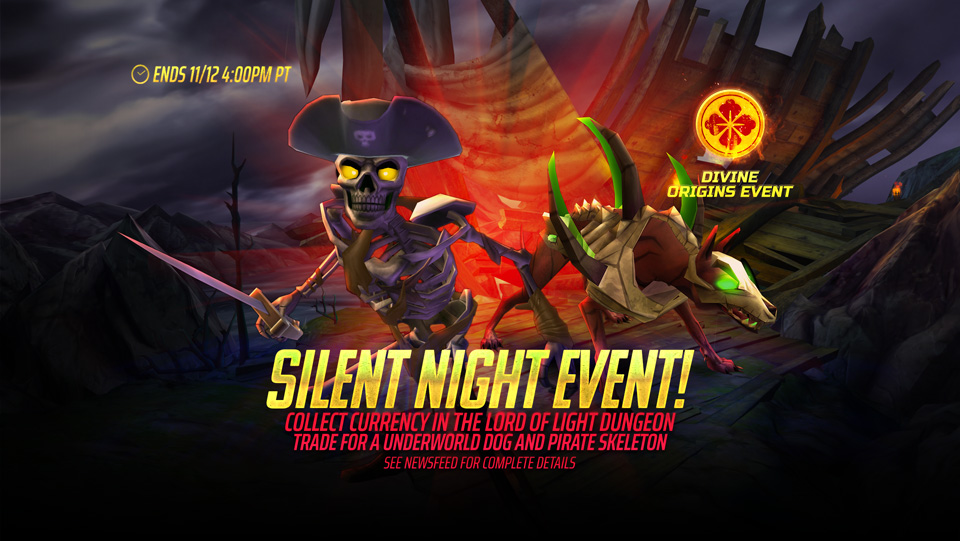 From now until November 12th, 5PM PT, each battle in the Lord of Light dungeons has a chance of dropping Hell Forged Blades, the Silent Knight event currency. Collect 200 and you can redeem them in the Event Store for your very own 4⭐Sentinel Underworld Dog or 4⭐Gunner Pirate Skeleton!

Underworld Dog: This guardian of the dead starts every turn by awarding his teammates with a random Golden effect. He further supports his allies by giving them Endure, Perfect Immortality, Charge and Extra Turns while striking enemies with physical attacks!

Pirate Skeleton: This veteran of the high seas looks out for his team by removing negative effects and giving them Sleep Shields. He also ensures his enemies a swift path to Davy Jones’ Locker by inflicting them with Silence and Sleep!