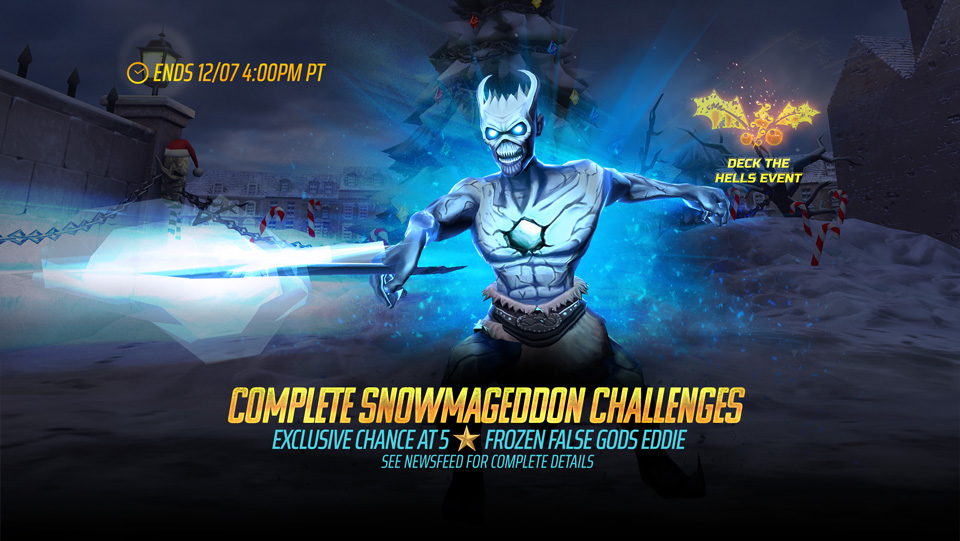 From now until December 7th at 4PM PDT, complete event challenges in the Time Rift to earn rewards such as various Awakening Shards, Brittle Blades, Bloody Icicles and more!

The Deceitful Deity Soul is a limited time event soul which guarantees a 3★ to 5★ character of any class. This soul has an exclusive chance of summoning both False Gods Eddie and his new holiday themed special edition version – 5★ Frozen False Gods Eddie.

Bloody Icicles is the event currency of our Deck the Hells event running until January 3rd 4pm PT.

Trade your Bloody Icicles in the Event Store for rare rewards including Abominable Eddie, Cosmic Sinister Solstice Talismans and more!