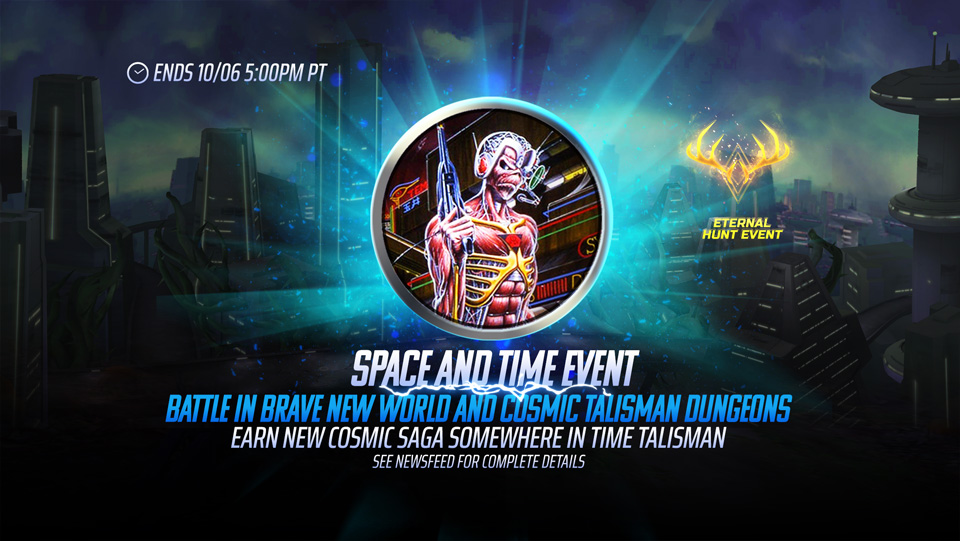 Futuristic Vessels can be traded in store for Talisman Upgrade Bundles, Various Epic Souls and the new Cosmic Saga Somewhere in Time Talisman.