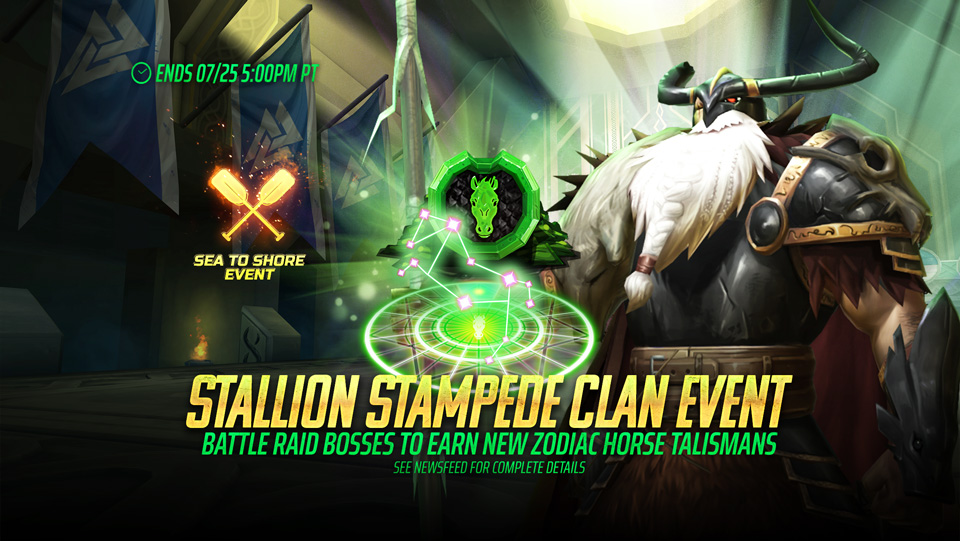 Equestrian Emblems can be traded in store for various Awakening Packs, and new Zodiac Horse Talismans!

The Zodiac Horse Talisman is a green talisman with a 3-set effect. Equip them to gain the following effects:

25% Chance to stun attacking enemies when damaged. Reduce the chance of all enemy ability effects that are not 100% by 75%.

When you die for the first time, revive all allies to 25% MAX HP, granting them Innate Endure and immunity to negative effects, including Silver and Unblockable effects for 1 turn.