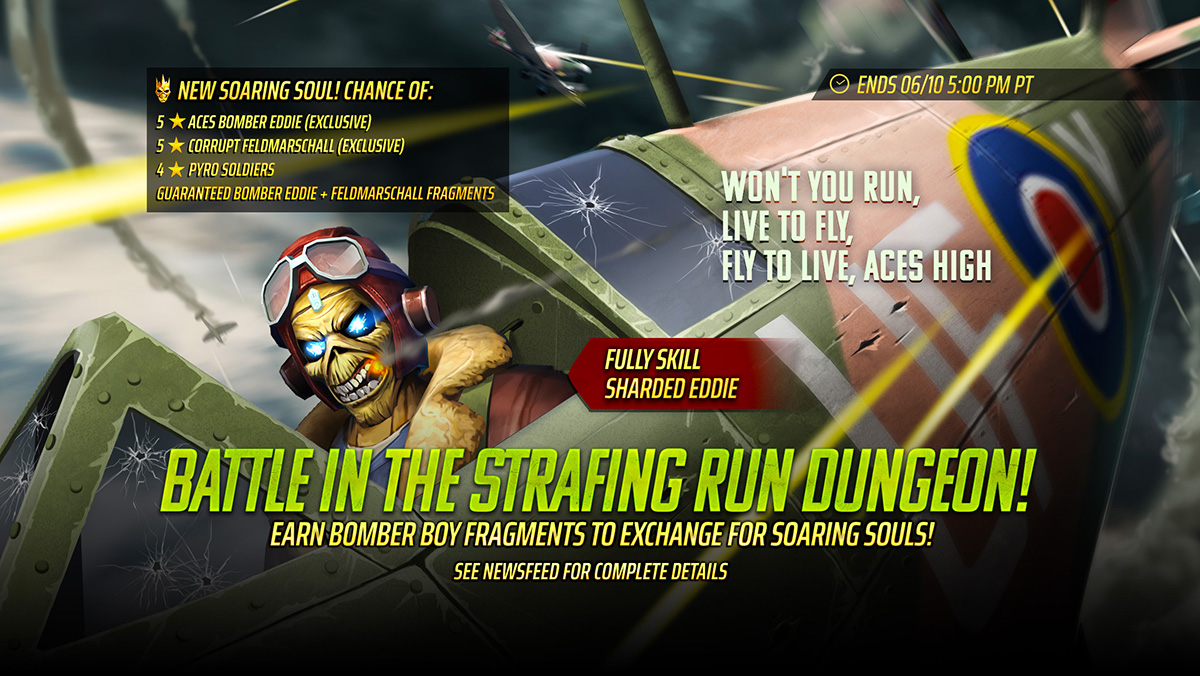 From now until June 10th, 5 PM PT, battle in the Strafing Run Dungeon for incredible rewards!

The first time you complete one of the 3 floors available, you will be granted with set rewards including Soaring Souls and Purge Talismans. All subsequent victories are guaranteed to provide Gunner Bomber Boy Soul Fragments, as well as a chance of up to 2 bonus rewards, including Primordial Talismans.

Gunner Bomber Boy fragments are used to trade for items, such as Soaring Soul Packs, in the Event Store! 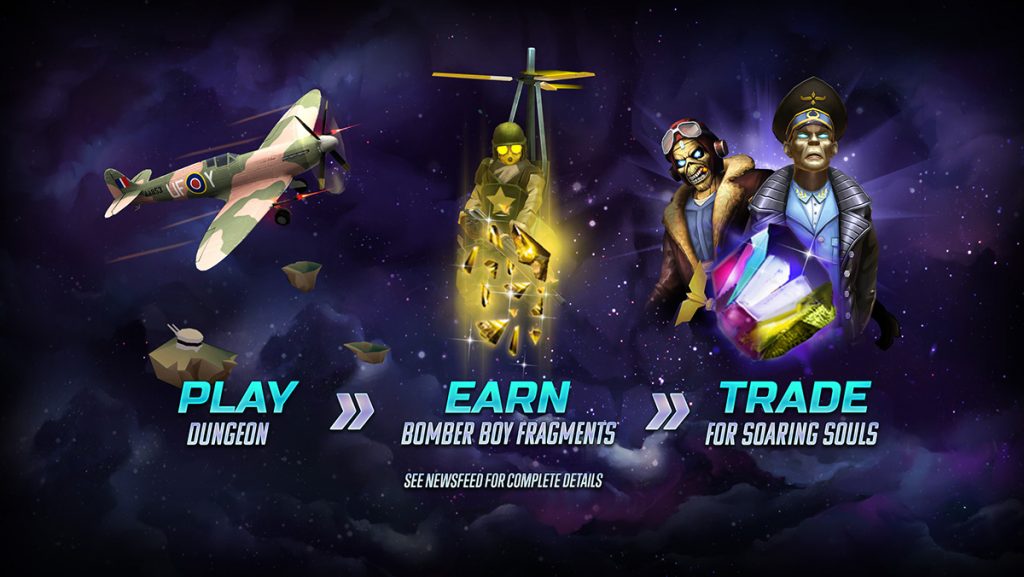 The Soaring Soul is a limited time event soul which guarantees a 3★ to 5★ character of any class, with an exclusive chance of getting the Corrupt Feldmarschall and Aces Bomber Eddie, and an increased chance of receiving the Gunner or Magus Pyro Soldier!

In addition to earning these souls from the Event Store, and first time victory rewards in the Strafing Dungeon, you can also obtain Soaring Soul Fragments, as well as a FULL SET of Avenger Talismans, by completing Event Challenges.

Aces Bomber Eddie (5★ Gunner): This special edition version of Aces High Eddie comes fully skill sharded and armed with the Spitfire passive, replacing the regular Aces High fury attack. This ability grants Eddie Perfect Immunity for the duration of the battle, and reduces all damage taken by 60%! Spitfire also removes Immunity and Perfect Immunity and inflict 3 Marks on any target with the Labyrinth or Viper Talisman set equipped every turn.

Corrupt Feldmarschall (5★ Magus): This special edition version of The Corrupt General comes fully skill sharded and armed with the Warmonger passive, replacing the regular Corrupt General fury attack. This ability grants him complete immunity to Magic Damage, as well as Perfect Immunity for the duration of battle! It will also Exhaust and Drain 1 power from each enemy that is stunned at the start of your turn every turn.

Please note that these characters are not currently available in any other souls, so if you miss your chance to recruit them, it may be a very long time until you get another chance!

Pyro Soldier (4★ Gunner): A magic damager who can support your team by granting Perfect Accuracy and Perfect Heal Shields, and by inflicting Sleep on enemies.

Pyro Soldier (4★ Magus): A physical damager who inflicts True Burn and Time Bombs, and can increase the duration of negative effects on enemies.