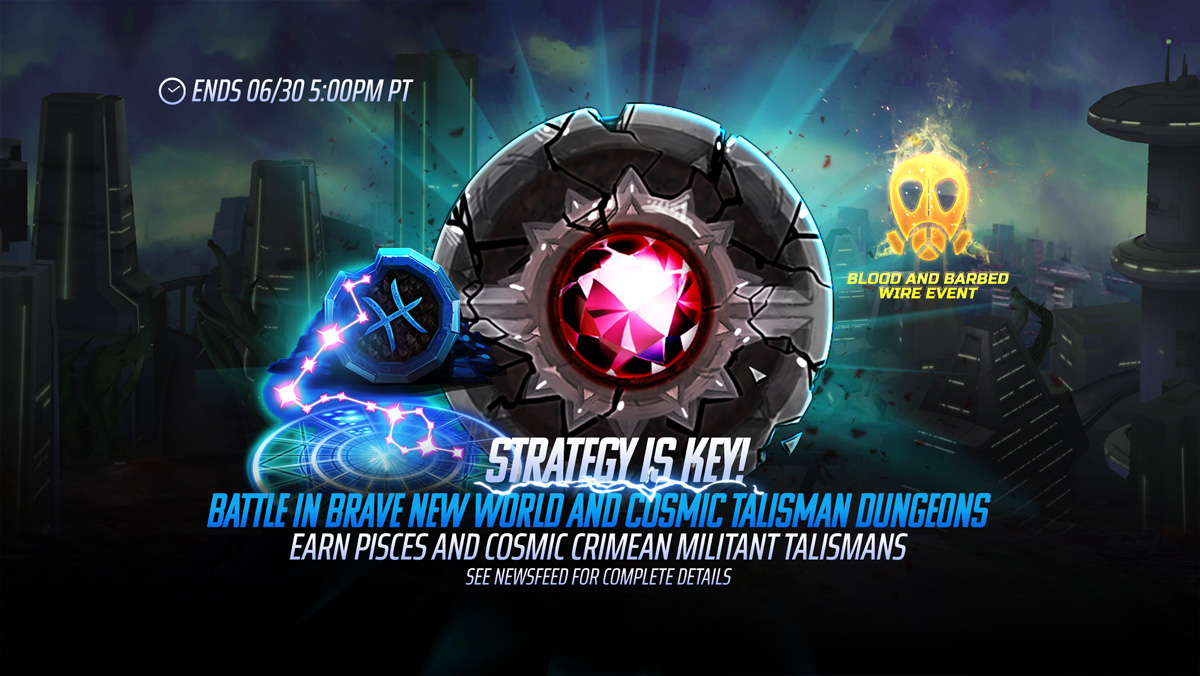 The Cosmic Crimean Militant Talisman provides an exclusive bonus when equipped to Bastion, Sevastopol, or Warlord. This Talisman increases stats in battle, and reduces incoming damage. It will also make the wearer:

Immune to Permadeath, Perfect Death, Doom, Dark Ghost, Apparition, Innate Permadeath and Max HP Reduction effects. Permanently Increase Max HP on self by +100% and inflict Perfect Stun on up to 2 random enemies for 2 turns whenever this talisman becomes active. Grant Perfect Immunity and HP Regen to all allies for 2 turns whenever this talisman becomes active and after every action. Gain Accuracy Up for 1 turn and inflict Perfect Accuracy Down and Perfect Silence on a random enemy for 1 turn at the start of your turn.

IMPORTANT: Strategy is Key is the FINAL Blood and Barbed Wire associated event. Once this event ends you will no longer be able to collect Covert Currency!